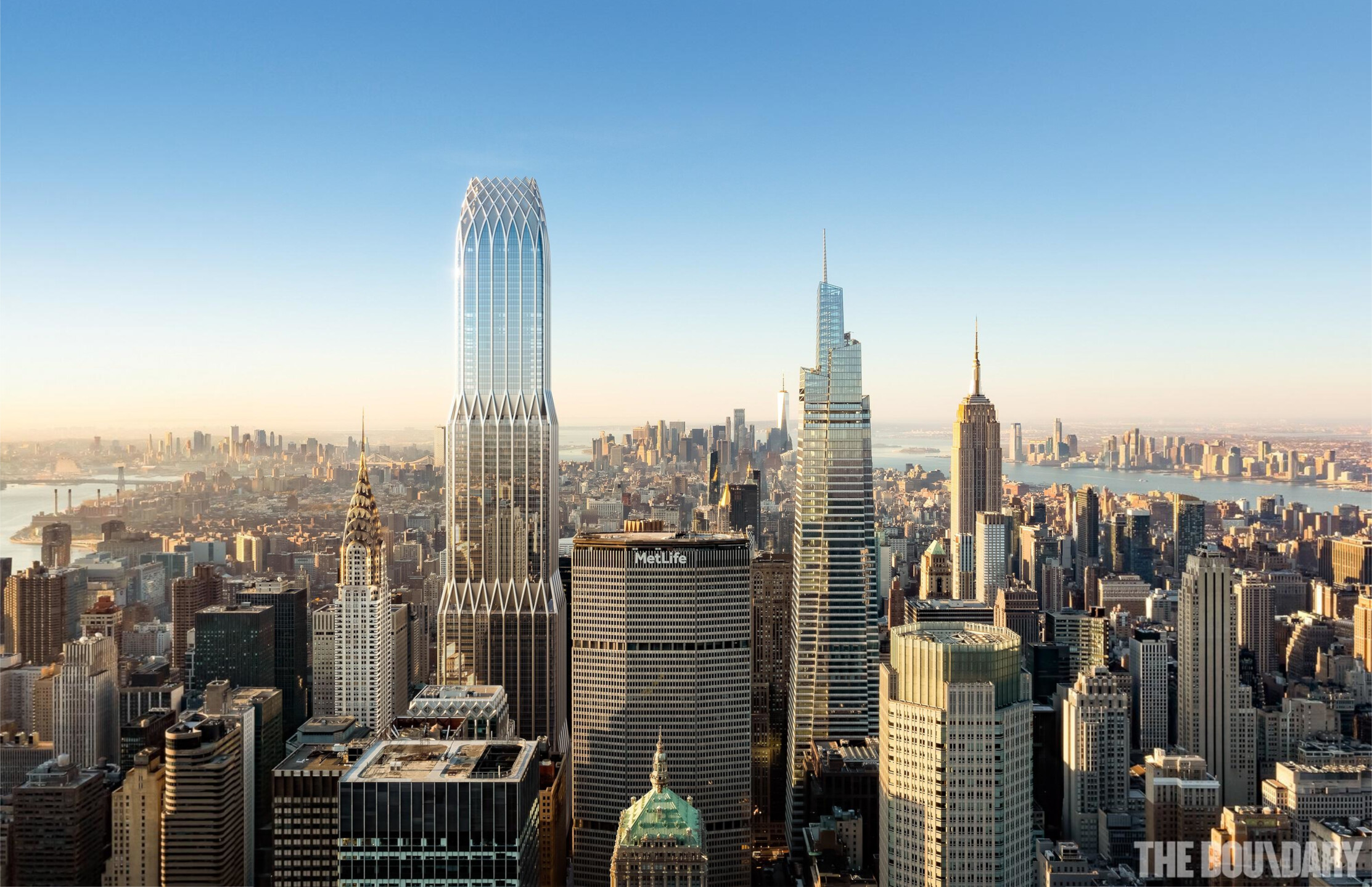 An updated rendering has been released for Project Commodore, a sanctioned 85-story supertall skyscraper at 175 Park Avenue in Midtown East. Designed by Skidmore Owings & Merrill and developed by RXR Realty and TF Cornerstone, the 1,575-foot mixed-use tower will replace the Hyatt Grand Central New York Hotel and will feature 2.1 million square feet of Class A office space and 500 Hyatt hotel rooms spread across 453,000 square feet on the top floors and 10,000 square feet of retail space on the ground, basement and second levels. The development will also include a 25,000 square foot public plaza surrounding the tower and adjacent to adjacent Grand Central Terminal. If built on its current scale, Project Commodore will also wrest the title of tallest building by roof height in the Western Hemisphere from Central Park Tower.

The new render above shows some subtle changes from the previous iteration below. Massing now features one less setback and a reduction in the number of perimeter columns that run the height of the tower to its decorative lattice crown. Diagonal columns have also been incorporated into the setbacks, providing an appearance similar to Foster + Partner’s 425 Park Avenue. 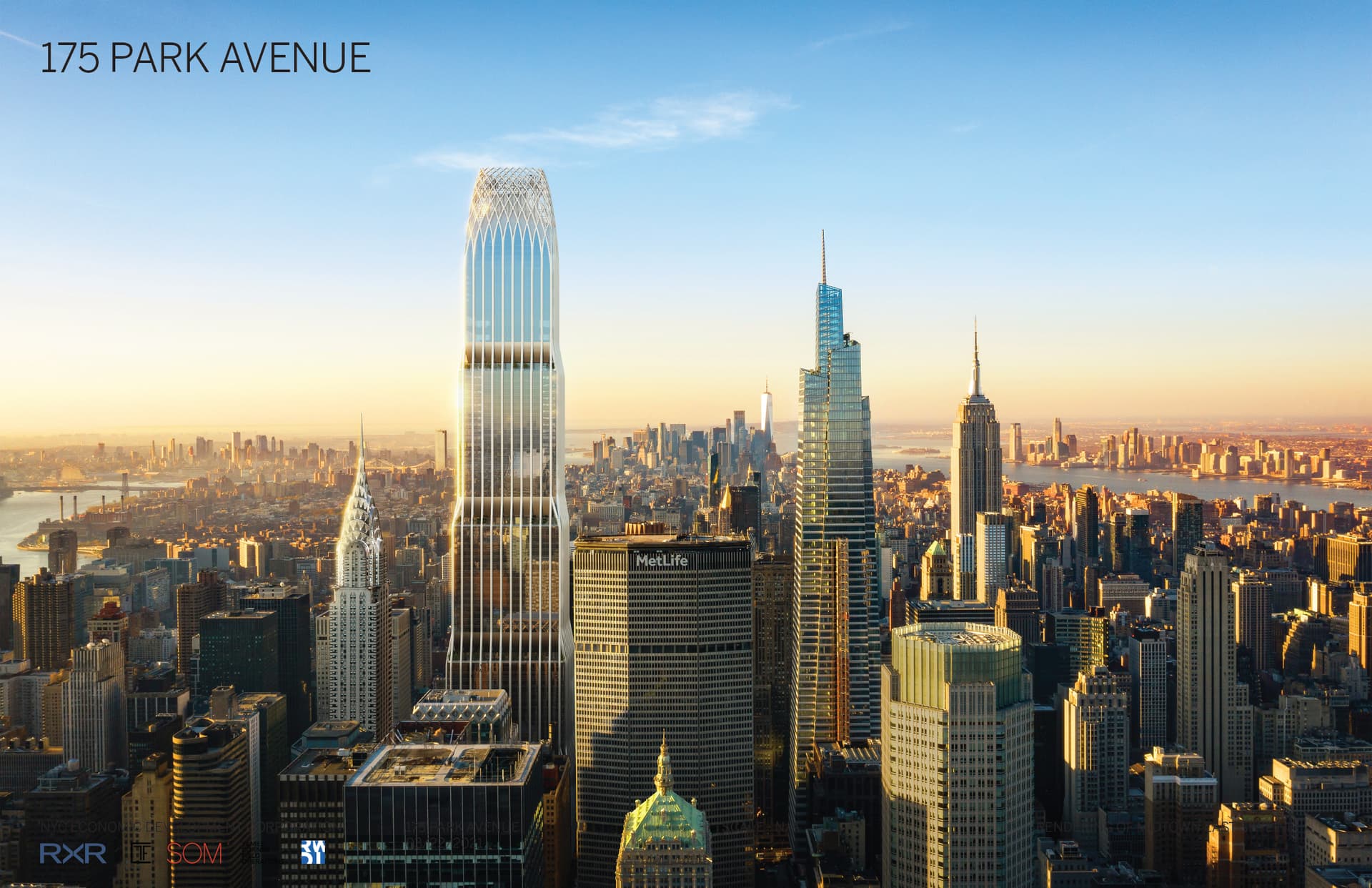 The following depiction of the south corner of 175 Park Avenue at the intersection of East 42nd Street and Lexington Avenue shows the tubular outer columns fanning out in a grid pattern from the corner anchors at the base. Shown is the elevated public plaza along the east side of the property, accessed by an outside staircase along East 42nd Street. The main lobby will feature a soaring atrium framed by the inward-sloping triangular glass facade. 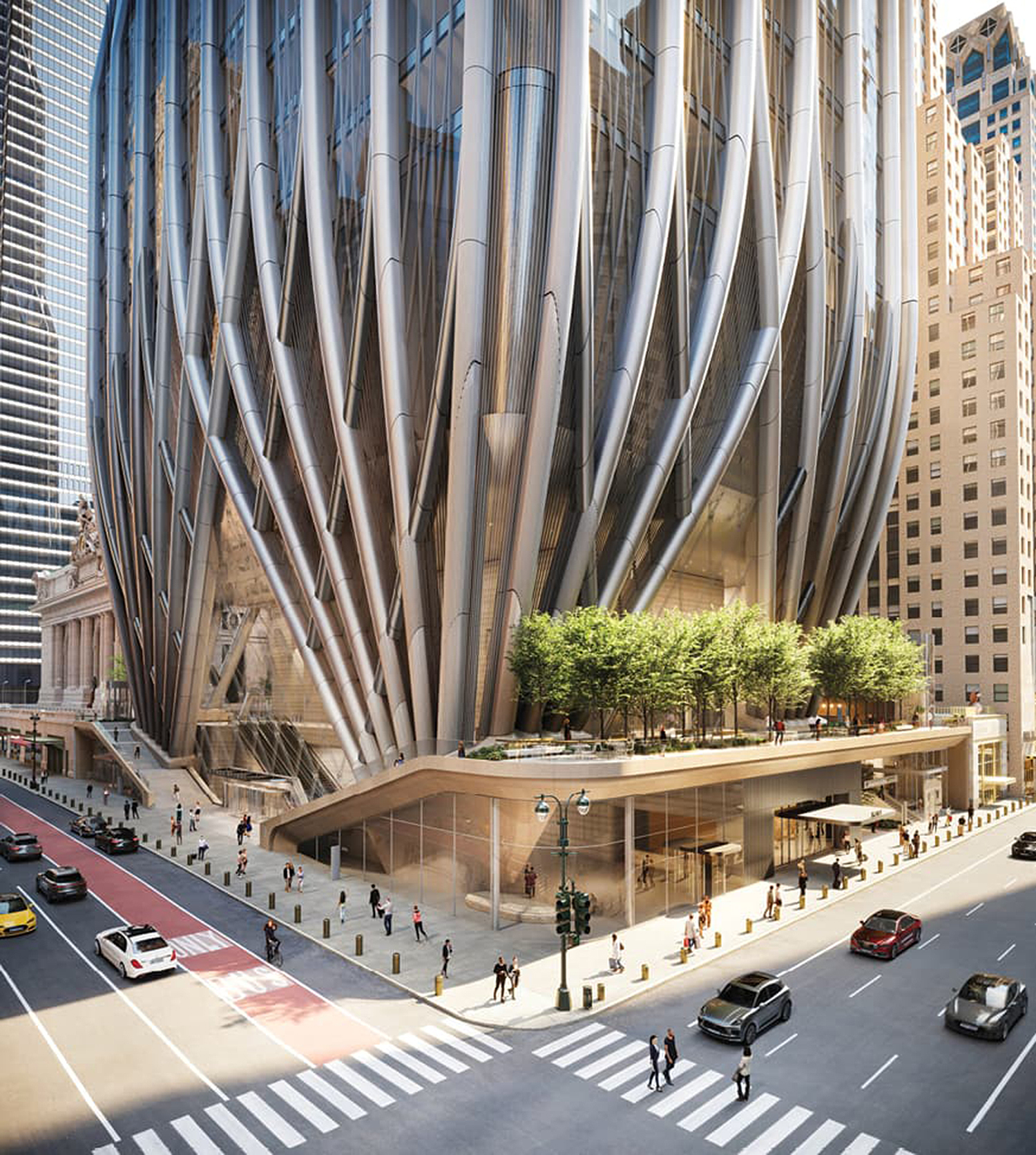 175 Park Avenue. Rendering of The Boundary.

175 Park Avenue will be the tallest skyscraper in Midtown East, surpassing other newer office buildings resulting from the 2017 Midtown East zoning initiative such as One Vanderbilt, 270 Park Avenue currently under construction, and the future rise of 350 Park Avenue. Work on the building itself will begin upon completion of the demolition of the Hyatt Grand Central New York.

A recent report and interview between Leaders Magazine and RXR Realty’s Scott Rechler anticipates completion of 175 Park Avenue by 2029 or 2030.