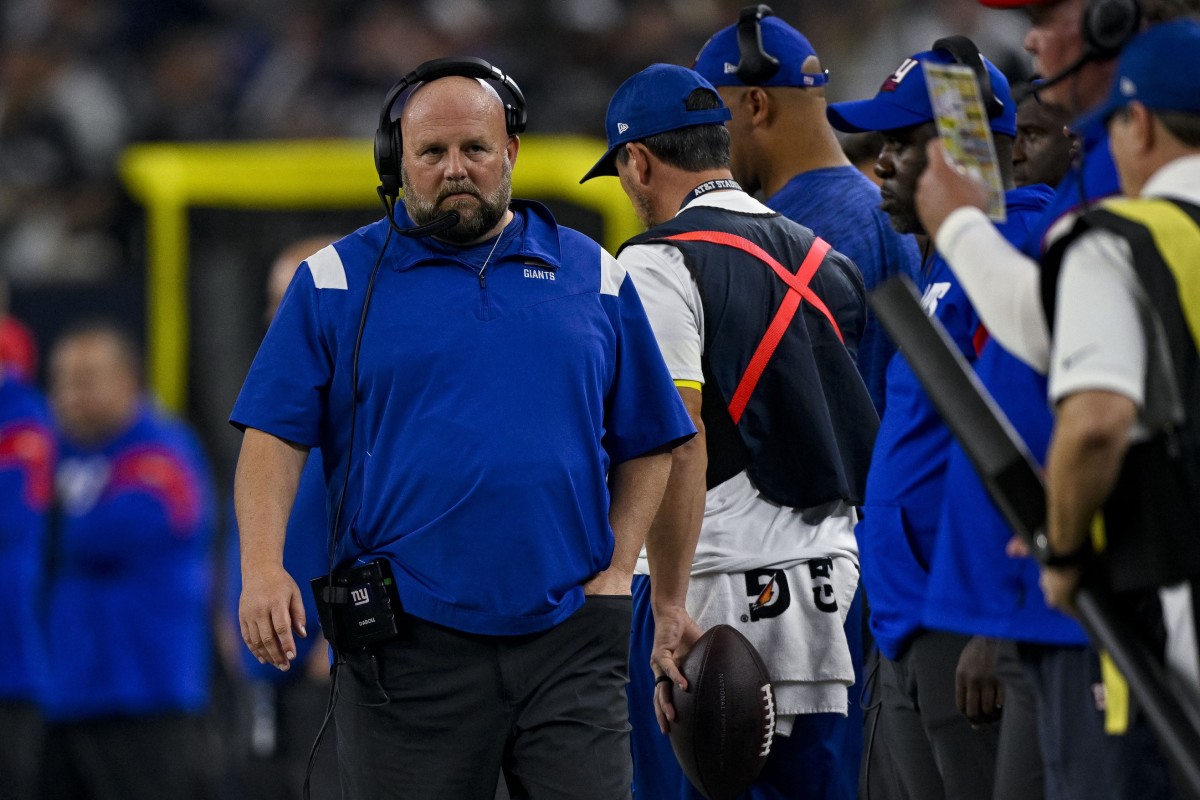 Fade fast? The New York Giants’ 28-20 loss to the Dallas Cowboys on Thanksgiving means Big Blue is now 4-1 in their last four games, including before the bye. Additionally, most of the formula the Giants relied on to win games in the first half of the season appears to have lost its effectiveness.

The teams figured out how to stop Saquon Barkley from running back. The defense’s third-down and goal-line skills have also declined. And it’s like the Giants suddenly have no identity after the return of the king of the fourth quarter this season.

It all showed in the loss to Dallas. Yes, the Giants were a MASH unit due to injuries, but the opportunities were there to be grabbed and the Giants just couldn’t do it.

Here are the sheet music from this turkey of a game.

If last week wasn’t a wake-up call that teams figured out how to end the Giants running game, maybe this week will do the trick. Saquon Barkley was held for 39 yards on 11 carries. Not good.

Also not good was Daniel Jones’ poor pass, which hit Barkley in the hands only to fall to the ground on the fourth down. If Barkley catches that ball—and by the way, the Giants only had ten men on the field for that all-important down—he’ll probably run for daylight.

want more? How about the penalty on Tire Phillips negating a touchdown catch by Isaiah Hodgins? Or the missed opportunities on the offensive to benefit from the Cowboys’ turnover – two defensive picks only brought three points. Or what about the fact that the Giants only managed to convert three out of 11 third-down attempts, let alone being on the third-and-long on a handful of them?

It’s safe to say that the Giants’ offense has seen better days.

The Giants doubled their season interception total with their makeshift secondary, but they also had few answers to deal with CeeDee Lamb (106 yards on six receptions) or tight end Dalton Schultz (two touchdown receptions). The Giants had nine quarterback hits but barely a sack under them as the pass rush continues to lag.

Unlike the Giants’ offense, Dallas went 7-on-11 on the third down, many of their third downs were manageable. Running defense totaled 169 yards on 39 carries, with Zeke Elliott recording 92 rushing yards.

Cornerback Darnay Holmes was flagged for two penalties, illegal contact and holding. And the Giants, even though they recorded nine quarterback hits, barely came close to turning those hits into sacks, though rookie Kayvon Thibodeaux, who had five of those nine hits, almost dropped Prescott for a sack.

Jamie Gillan’s net average is 38.3, and a major reason Nick McCloud failed to put down a perfectly placed punt at the 1-yard line despite placing a ball inside the 20 and forcing two touchbacks instead of him to roll into the 20 end zone.

Richie James did well to hold on to his lone punt return attempt that went over three yards. The Giants didn’t get a chance to return kickoffs as all five went for touchbacks. So much for turning the field.

The good news is that Graham Gano, who had a memorable performance last week due to illness, is back to normal. He hit field goals from 57 and 47 yards, with the 57-yarder tying for a team-high.

The coaches did their best with their MASH unit, but it wasn’t enough. Why was the offense delayed late in the fourth quarter when it went down two points? Where was the sense of urgency? On the other hand, the Giants showed a little more urgency late in the first half when they added a field goal to extend their lead.

Staying true to his roots, Wink Martindale aggressively tried to protect his makeshift secondary and the plan worked as quarterback Dak Prescott looked nervous and made mistakes in the first half. But the Cowboys adjusted quickly in the second half, and that was pretty much all she wrote.