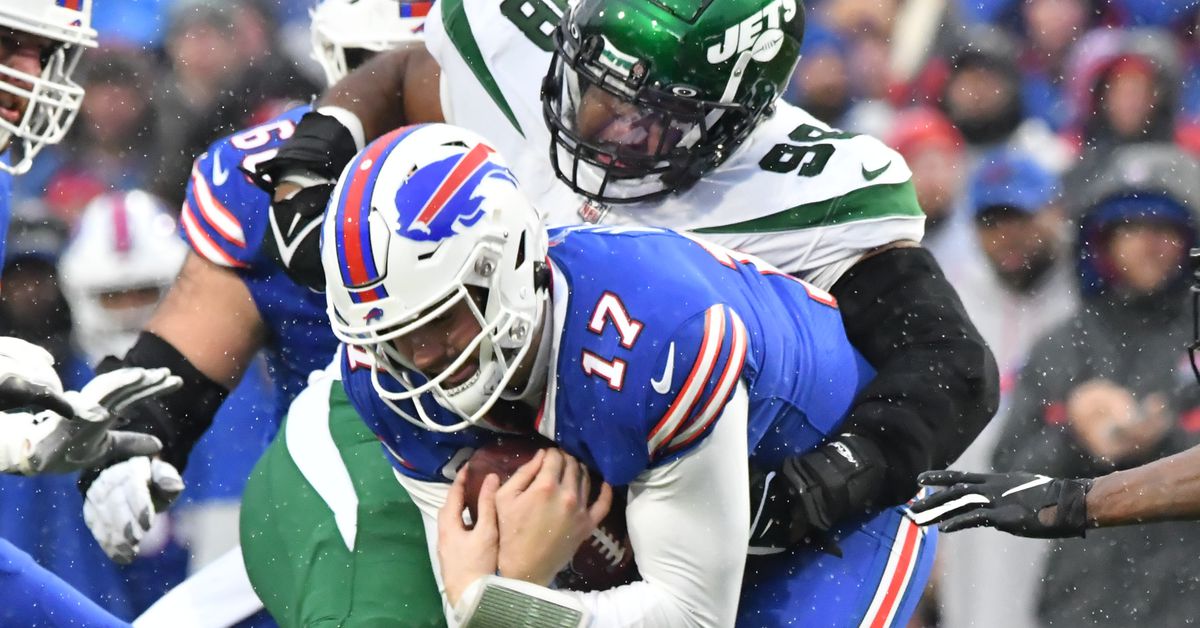 Good morning Gang Green Nation! The New York Jets are being named as one of the favorites to land quarterback Lamar Jackson this offseason. While Jackson is a huge talent, I just don’t see the right fit. Any team that gets Jackson will likely want to run an offense that maximizes running play, like the Ravens did. The jets aren’t really set up for that. They don’t have the offensive line. They don’t have the tight ends. It’s just not an ideal situation to bring Jackson in. I don’t really understand why Jackson wanted to come here. Additionally, Jackson’s signing would take up a large chunk of the very limited cap space the Jets have in 2023. The Jets would not be able to re-sign key free agents or replace them with upgrades. Jackson has also missed quite a bit of time in recent years, making him an injury risk the Jets could do without. Ultimately, Jackson would certainly be a huge upgrade for the quarterback, but I’m not sure if the fit is right for Jackson or the Jets.

Here are your links to your New York Jets on this glorious Wednesday in January:

Billy Riccette – Jason McCourty on Jets: “Go all out and take Lamar to the Big Apple”

James Kratch – NFL insider: Jets should take on Tom Brady, and he should listen

Here are your missed connections from yesterday.

Enjoy the day everyone.

Will Sheldon Rankins be a jet in the 2023 season?