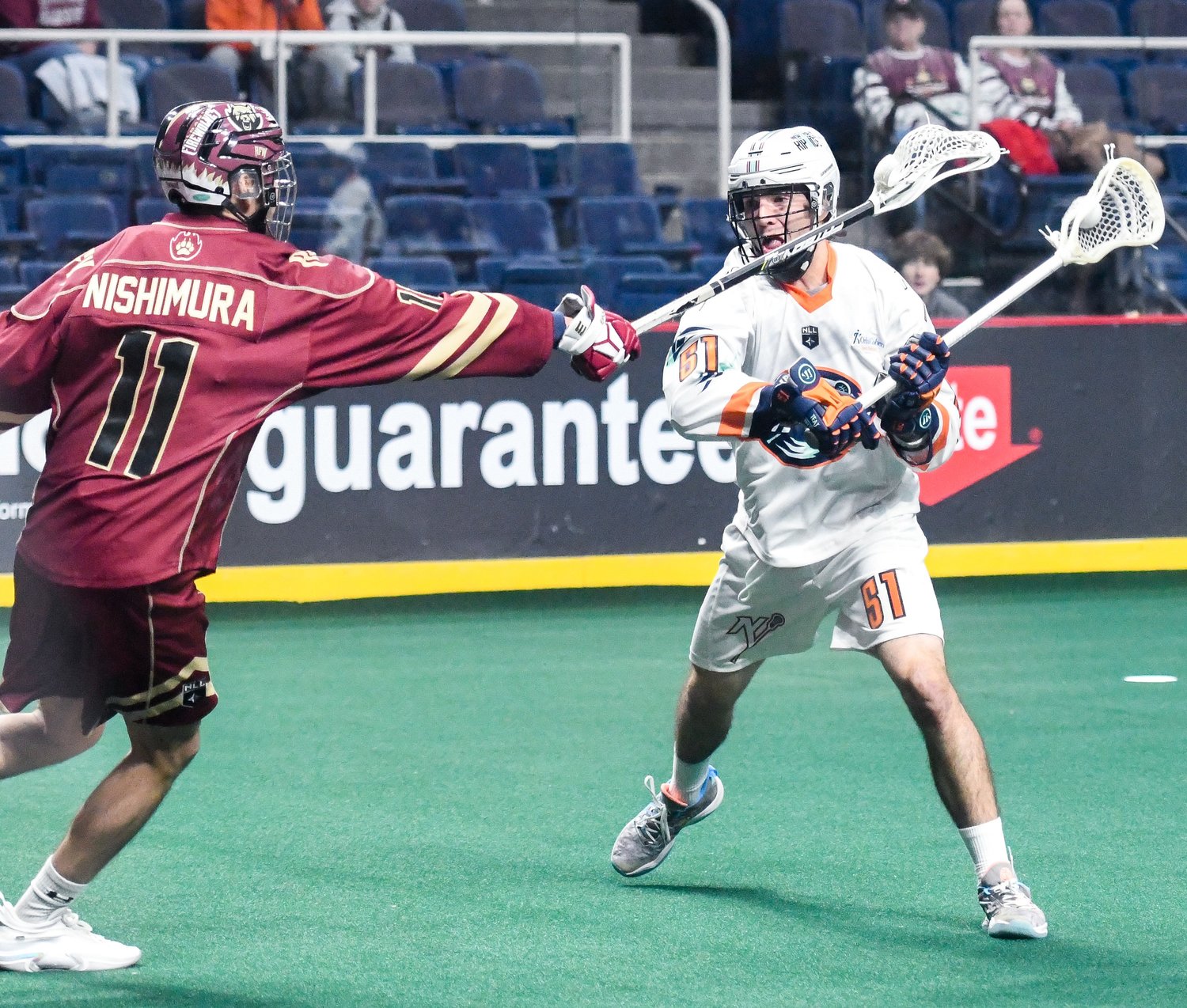 The New York Riptide was the National Lacrosse League’s most active franchise off the field this month, with a change in general manager followed by three trades and a free-agent signing.

On Saturday night, the Riptide turned all cylinders on the field and achieved a season-best performance with a 16-10 win at Albany, breaking a four-game losing streak from goal.

Star sophomore Jeff Teat dominated with 7 goals and 5 assists from consecutive games without hitting the back of the net. Teat was unstoppable, said head coach Dan Ladouceur, and also had 19 shots on target.

Brett Hickey, Connon Kearnan and Larson Sundown each added two goals for New York, who extended to a 9-1 lead at 6:09 at the half and went into cruise control for the rest of the evening. Hickey and Riley O’Connor both gave out 4 assists.

“Jeff had a ridiculous night,” Ladouceur said. “Our distance was better and the way we moved the ball on offense was much more fluid.”

Teat, who had 7 assists in his last two games but hadn’t scored since Dec. 17, got the Riptide rolling exactly a minute into the game when he beat Firehawks goaltender Doug Jamieson after scoring a pass from Scott Dominey.

Tyler Digby set up both of Sundown’s goals and also one of Kearnan’s in the first quarter as the Riptide built a 5-1 cushion. By half time the lead had increased to 10:3.

“It was a good feeling,” said Ladouceur about the big half-time lead. “It was unique to talk about how to play with a nice lead and protect it. We never took our foot off the gas. It was our best full 60 minutes of the season so far.”

Hickey, who joined the roster as a free agent just three days before the game, scored his first goal as a member of Riptide early in the second quarter to make it 7-1. Hickey is a former 50-goal scorer in the NLL who spent most of last season with Philadelphia.

Adding Hickey was one of four important moves made by Executive Vice President/GM Rich Lisk in 10 days. On the same day, Jan. 18, Lisk hit a blockbuster with Panther City, sending 17-year NLL veteran and four-time All-Pro forward Callum Crawford in exchange for three players, including Long Island native Petey Lasalla, and three players in the pack draft picks (runners-up in 2024 and 2025 and one fourth-rounder in 2023.)

“I didn’t like what I saw in a couple of games and I made some moves that I think will make us better in the short and long term,” Lisk said. “It was difficult to deal with Callum. He’s someone who meant a lot to our team and community. We have received some really good assets in return and wish him and his family all the best.”

It was Lisk’s second trade with Panther City in eight days. On Jan. 10, The Riptide dealt forward Jake Fox there in exchange for defenseman Chad Cummings. The other move came last Friday when New York received Curtis Conley and a third-round pick in 2025 from Albany for Leo Stouros in a defender swap.

Conley and Stouros both played for their new teams in Saturday’s encounter. Riptide goaltender Steve Orleman made 28 saves and New York also drew for the first time this season, with Jay Thorimbert winning 21 of 30.

“The season is young and we still think we can make the playoffs,” Lisk said.

The Riptide is back at the Nassau Coliseum this Saturday, January 28th at 7:30pm to take on the Buffalo Bandits (4-2). Visit newyorkriptide.com/tickets for more information.

“It was huge that we got a win,” said Ladouceur.