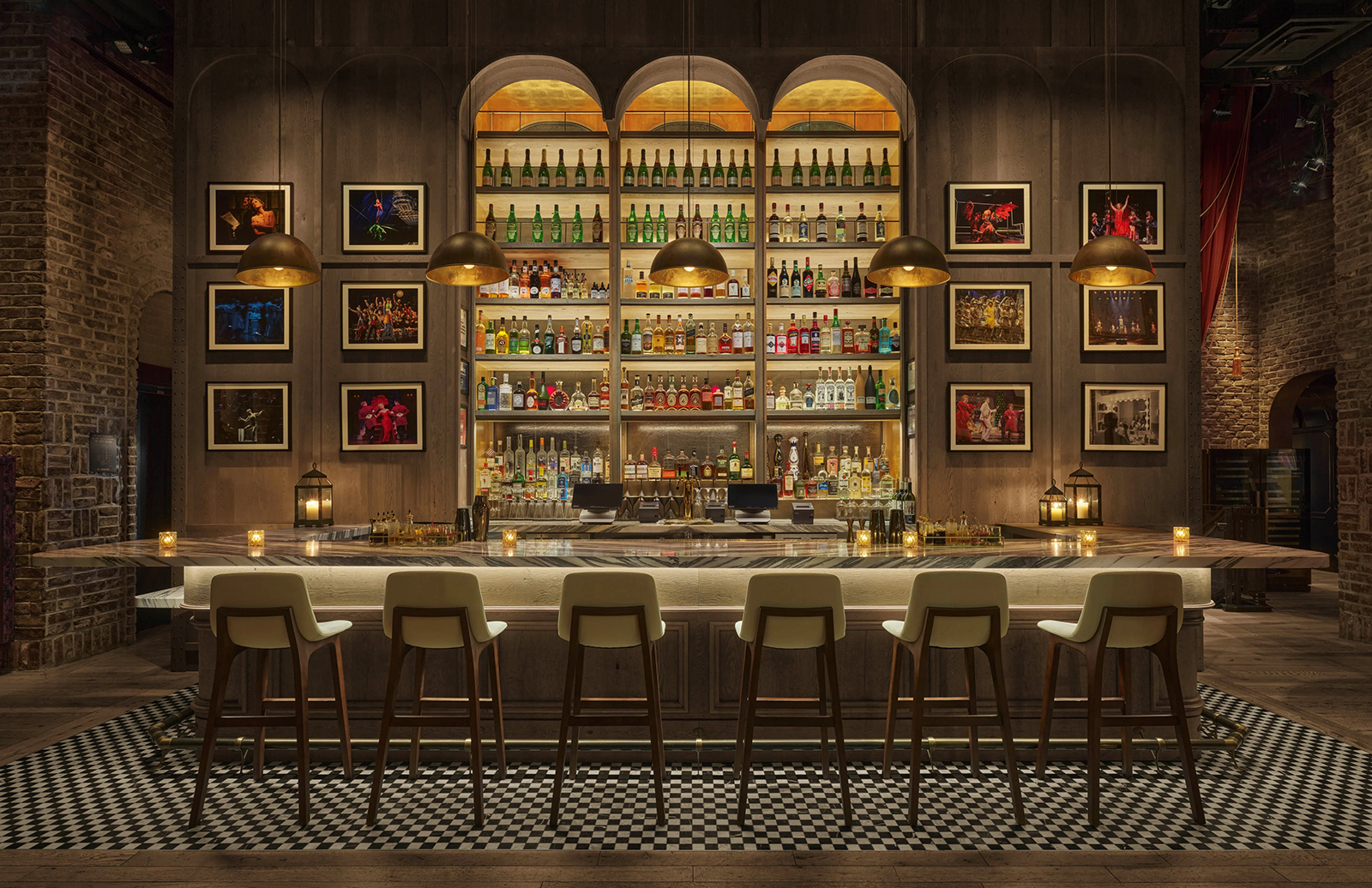 The Rockwell Group has completed a new hotel in New York’s Theater District, and its interiors take a cue from the buzz of Broadway.

CIVILIAN is the latest project from hotelier Jason Pomeranc of SIXTY Hotels, and its interiors evoke a golden era of entertainment and iconic Theater District venues such as Cafe Edison and the Stage Door Canteen. David Rockwell drew directly from his experience designing sets for shows like hairspray and Kinky boots as part of his vision for the hotel’s dramatic interior design.

‘[CIVILIAN offers fans a] Opportunity to experience the magic of these incredible experiences in time in a permanent building,” said Rockwell hospitality design.

There are subtle (and not-so-subtle) nods to the theater throughout the New York hotel, starting with a marquee light installation in the lobby. Its 41 lights each represent a Broadway theater and were designed by a theatrical artist, with the first dozen being by the late British set designer Tony Walton. More obvious clues include draped velvet curtains leading to the restaurant, while the Rockwell Group’s use of cement and bare brick nods to the industrial atmosphere backstage.

CIVILIAN furniture isn’t without drama either, with moody colours, patterned upholstery, brass details and four-poster beds all playing their part. Even the rooms have a dress-up element, with trunk-inspired wardrobes, jewel tones, and recurring curtain motifs. Artists and creatives connected to the world of theater have all contributed pieces to CIVILIAN, with the walls adorned with sketches and photos celebrating the art form.

Located between 8th and 9th Avenues, this NYC hotel has 203 rooms (from $149 per night) spread over 27 floors. It is crowned by a rooftop lounge that offers an elevated perspective over Broadway.