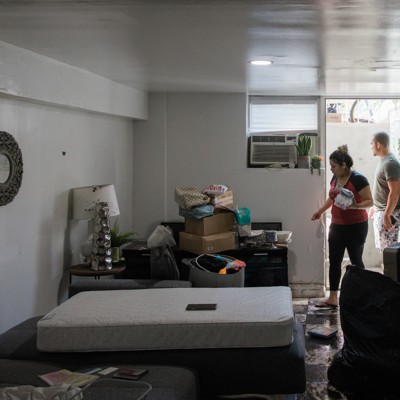 A pilot program to convert illegal basement apartments in parts of Brooklyn into legal and safe units has only five active participants out of about 8,000 homeowners who were initially contacted, city officials said at a hearing on Tuesday. The original goal was the conversion of 40 apartments.

The basement conversion pilot program, passed in 2019, was intended to begin addressing the estimated hundreds of thousands of illegal basement apartments in the city, often home to low-income renters, immigrants and people of color, and to facilitate legal conversions to address a shortage of affordable housing. Unregulated, these basement dwellings remain serious security risks. When the remnants of Hurricane Ida caused flooding in New York City in 2021, 11 New Yorkers living in basement apartments died.

The basement apartment conversion pilot was limited to East New York and Cypress Hills in Brooklyn, with one-, two-, and three-unit homes eligible as an owner’s primary residence. Eligible homeowners would receive a maximum loan of $120,000 to fund the remodel. In some cases, loans can be forgivable or interest-free.

The conversion of basement apartments is an important part of Governor Kathy Hochul’s stated goal of building 800,000 apartments in the next ten years. She indicated that 38,000 of those units could come from the legalization of basement housing.

At a city council hearing on adjoining units and the legalization of basement housing — also a stated priority of New York City Mayor Eric Adams — city officials said there are only five active participants in the pilot conversion program. This is partly due to a narrow set of criteria and the restrictive zoning, regulations and financial burdens that make conversion difficult. The pilot program’s progress has been slowed by the COVID-19 pandemic, and its budget has been reduced in recent years, receiving no new funding in last year’s budget.

In Brooklyn Community District 5, where this pilot project started, roughly 8,000 homeowners were identified by the city as potentially eligible in the area and contacted regarding the program. According to Kim Darga, deputy development commissioner at the Ministry of Housing Preservation and Development, about 2,000 of them held talks with the city or community partners, and about 800 expressed initial interest in participating. The pilot deliberately ruled out properties in the coastal flood area from the outset.

The 800 homeowners who expressed initial interest were further screened for eligibility and potential barriers to conversions, and the city conducted “detailed home appraisals” for just over 100 properties, Darga said. In the end, eight homeowners met a mid-2021 deadline to participate, three of whom were later found ineligible due to zoning and ceiling height restrictions.

Today, a conversion is under construction, and the four other active participants are “working on plan approval,” Darga said. She added that for remodeling projects where someone already lives in an illegal basement apartment, a community partner would be brought in to help the resident move during the construction process. The goal of the program is not to punish those who live in illegal housing units.

Despite the very small number of actual conversions this pilot project is likely to produce, officials from the Housing and Preservation Department said at Tuesday’s hearing that the program has provided a better understanding of current conversion barriers.

Darga identified two of those obstacles as a state-imposed limit on the department’s lending authority — which is limited to providing homeowners with $60,000 per unit — and the state Multi-Family Housing Code, whose requirements apply to converting a two-family home into a three-family home. While zoning, location and other technical limitations discouraged some homeowners from participating in the pilot, others were virtually excluded because the conversions were not financially feasible. Darga said the department has found that building and safety requirements in the Multi-Family Housing Act double the cost of a remodel.

The four homes, which are still in the pilot project and have not yet received planning approval, are restricted by the Multifamily Housing Act and have an estimated cost of between $500,000 and $1 million to complete the conversions. “If we don’t address the requirements[Multi-Family Housing Act]the cost will be prohibitive for almost everyone in New York City,” Darga said.

At Tuesday’s hearing, council member Shahana Hanif, who supports a resolution calling on the state to pass legislation creating a path to legalizing basement housing, called for new and expanded funding for the pilot program. “With housing prices skyrocketing in our city, we know basements aren’t going away,” Hanif said.

Councilor Pierina Sanchez, chair of the Housing and Buildings Committee, added that the state and city must provide both financial and regulatory relief. “The government and Albany must not only negotiate and quickly pass this legislation to unlock these safe housing opportunities, but also provide the necessary financial resources to help the working class and low-income homeowners go through the costly conversion process,” Sanchez said in a post-hearing testimony.