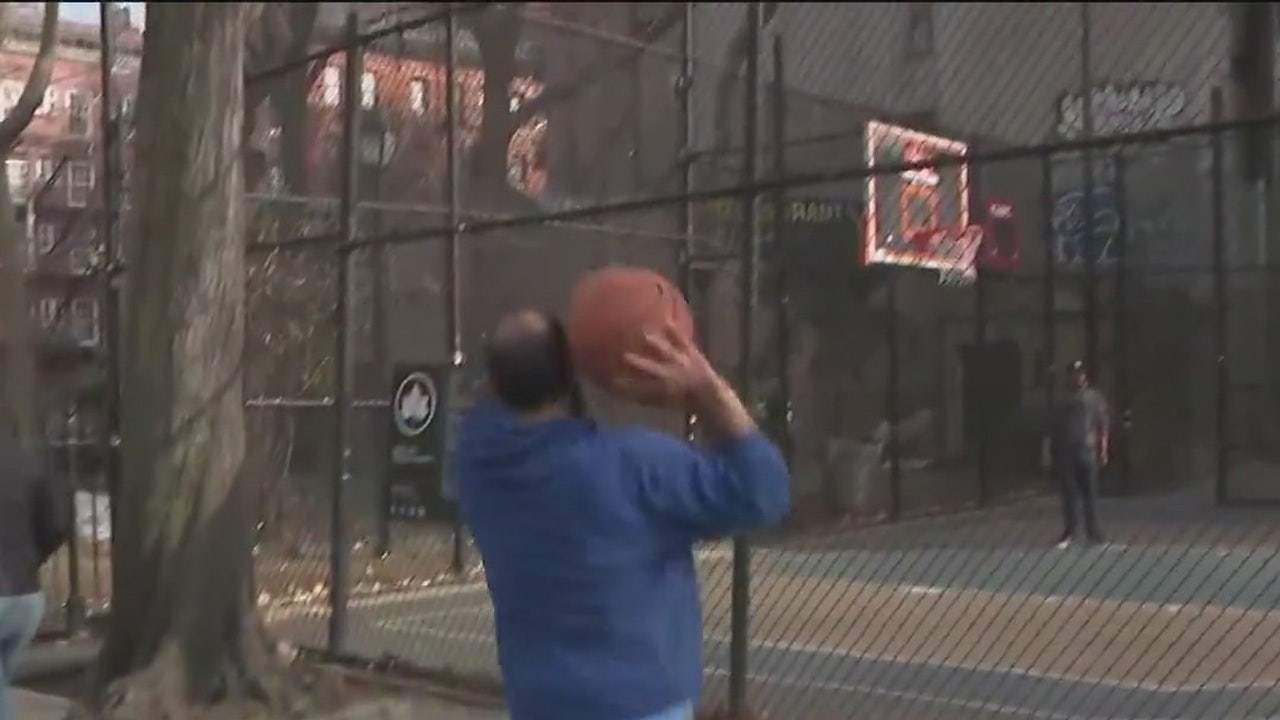 A former cab driver and bridge painter is now making a name for himself as a viral street baller in New York City.

“When school was over, I came every day.”

NEW YORK – A former cab driver and bridge painter is now making a name for himself as a viral street baller in New York City.

From the moment he steps off the subway in the West Village, George Papoutsis has a plan to put on a show.

“This shot is for you guys,” Papoutsis said to a group of people walking past on the sidewalk. Even on the busy sidewalk of a city street, the group stopped to see what he was talking about.

“Merry Christmas and a Happy New Year,” he said as he shot high over the fence. About halfway to the basket, he called his shot – “Backboard!” In fact, it bounced off the board and fell through the hoop.

The small group said “Ohhhhh” in unison before laughing and walking away.

About a minute later someone threw the ball back over the fence. George did it over and over again.

“Got it, New York. Got it!” George yelled after another shot.

It’s not just the shot that captivates the masses, but its looks as well. The thick beard, the hoodie and the sturdy, well-worn boots. He doesn’t exactly look like a basketball sniper. He’s also 39 but admits he looks a lot older.

“He acts like he doesn’t know how to play, but he knows how to play ball,” said one of the many people who stopped to watch George fire his shots.

The shots, the stories and the unique look made George a viral sensation even in his native Greece, where his family is originally from.

That was not always so. When he was younger, he wasn’t usually able to get into any of the many pickup games on the courts.

Raised in Queens to immigrant parents, he never forgot the lesson his mother taught him before she died when he was a boy.

So he played and played a lot while working at the same time. He had real blue-collar jobs, first as a bridge painter in the city and later as a taxi driver for more than a decade.

“He used to actually pick me up and some other players,” said manager and coach Mark Williams.

Williams is helping George turn his social media fame into something bigger. They’re hoping for a shoe deal on these boots, or a kids’ pop-up tire clinic.