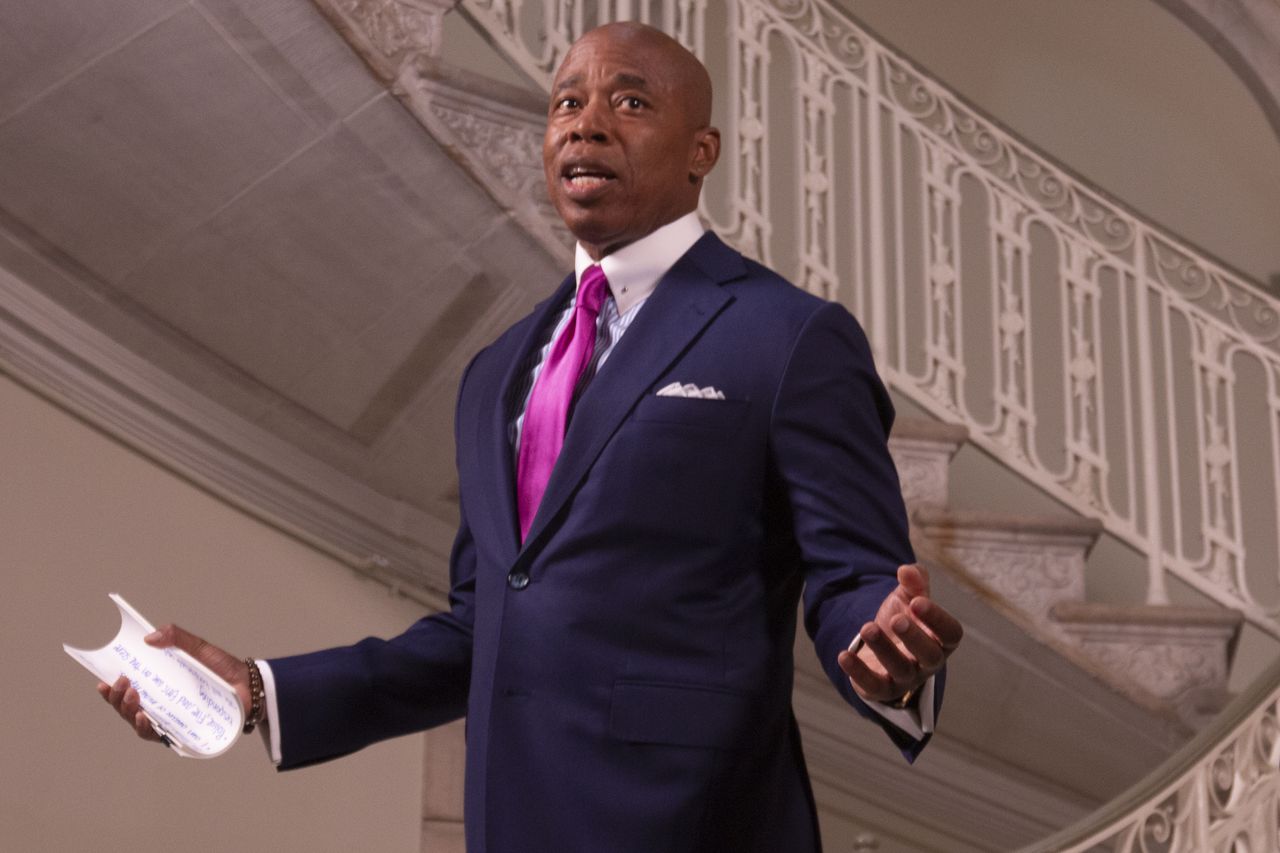 CITY HALL — Mayor Eric Adams and members of his administration on Tuesday announced the launch of new efforts to improve women’s health across the five boroughs, and education appears to be one of their earliest targets.

Recalling her own experience, including as a mother, Deputy Mayor for Health and Human Services Anne Williams-Isom thanked the mayor for his commitment to making women’s health a priority.

“To have this mayor come to us [say] ‘I think we should talk more about vaginas’ … He never ceases to amaze me,” Williams-Isom said. “I’m so proud to have a husband and a mayor who see us for who we are, and I’m so proud to live in a city where my daughters have the future they need.”

The earlier iteration of the task force focused on sexual wellbeing and inclusivity, and in 2018 released a report with recommendations on how the city could improve sex education in its classrooms.

The new iteration of the task force will provide an annual report on their work to implement 11 of those recommendations — including ensuring school staff have basic inclusivity-related competencies while also being able to provide students with appropriate sexual health resources outside of the school environment, and to increase broad community support for sexual health education through public awareness campaigns and informational events.

“For too long health and healthcare has focused on men, but today that’s changing,” Adams said. “We’ve stood on the sidelines of women’s health for too long, and I’ve personally seen firsthand how the health care system is failing our women. It’s long overdue that we break taboos and make New York City a model for the future of women’s health. We will build a city that is for all women and girls.”

Results from this revamped task force remain to be seen, but the mayor also announced a series of emergency programs aimed at improving women’s health.

The city will begin tracking various disease rates more closely to better understand women’s health in the five boroughs, and will convene a summit in March during Women’s History Month to explore more ideas for improving women’s health .

A new committee will also seek to improve workplace health programs for the city’s workforce.

New initiatives are also being launched by the city’s Department of Health and Mental Hygiene and Health + Hospitals, the city’s public hospital system.

The Department of Health will make abortion drugs available at its sexual health clinics, which will be held in every county except Staten Island.

This new program builds on the existing system, which makes the drugs available at all 11 of the city’s public hospitals in every county except Staten Island.

A spokesman for Health + Hospitals said the drug is not offered at the system’s Gotham Health clinics like the one on Vanderbilt Avenue, but instead they can refer patients to the city’s public hospitals.

In addition, the public hospital system will launch a family-based addiction program to help pregnant women and parents cope with addiction problems. Health + Hospitals spokesman said full details of this program are still being worked out.

A spokesman for the Department of Health did not respond to a request for comment as of the time of publication.

Despite the confusion about what the new programs mean for Staten Island, state Senator Jessica Scarcella-Spanton (D-North Shore/Southern Brooklyn) spoke out in favor of the mayor’s announcement.

“I commend the mayor for his commitment to women’s health,” she said. “Maternal health is my top priority and I look forward to partnering with Mayor Adams to address this issue along with many others in the health and well-being of New York women.”

As flu cases decline on Staten Island, hundreds are still getting sick

Has wearing a mask affected our immune system during the pandemic?

FDA: These 4 drugs are currently in short supply in the US