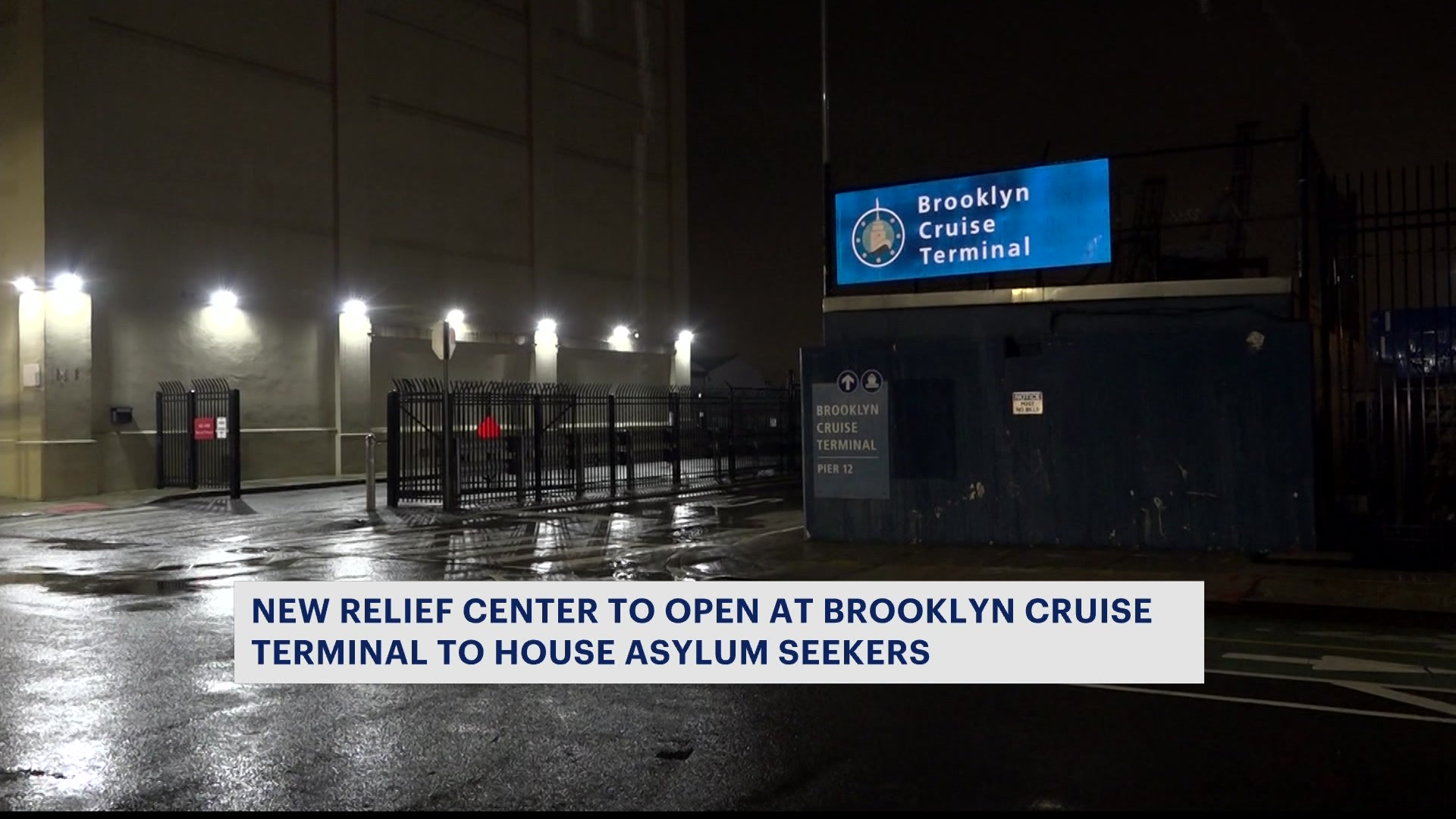 New York City is temporarily transforming a cruise terminal into a housing and services center for asylum seekers, Mayor Eric Adams said Saturday, announcing the latest in a series of facilities the city has set up — and sometimes closed — as it struggles to cope with an ongoing one influx.

The Brooklyn Cruise Terminal will provide space, meals, medical care and other services for 1,000 single men until it returns to cruise business in the spring, the mayor’s office said in a release. The first residents will move from another aid center to a hotel that will convert to accommodating asylum-seeking families with children.

“Our city is at its breaking point,” said Adams, a Democrat who has repeatedly asked for state and federal assistance to direct the flow of asylum seekers — some of them busted by out-of-state governors — to the nation’s most populous countries City. Adams traveled to El Paso, Texas this week to visit the southern US border and press to the point. He declared a state of emergency this fall.

According to the mayor, a total of 41,000 asylum seekers have come to the city since last spring. With the terminal, the city will have five such “Humanitarian Emergency Relief and Assistance Centers” for the nearly 28,000 asylum seekers it is currently hosting and for those who may yet arrive. About 77 hotels were also developed as emergency shelters.

The city’s earlier moves to provide housing for the newcomers have had a mixed reception and exploitation. A plan to erect a hangar-sized tent in a beachside parking lot was scrapped due to storm surge concerns. The city then built a complex of huge tents on an island, which includes a park and sports facilities. The tent facility was closed three weeks later after little use as the number of arrivals dropped for some time.

Some advocates for people in need of shelter criticized the cruise ship terminal plan, saying the waterfront building could flood and was unsuitable for housing people. Hotels are a better short-term option, and the longer-term plan should be to free up space in the city’s existing homeless shelters by stepping up efforts to provide permanent housing for its residents, the Legal Aid Society and the Coalition for the Homeless said .

“Continuing to move asylum seekers through boroughs like pawns is callous and demonstrates City Hall’s failure to competently manage this crisis,” the groups said in a statement.

Adams said city officials “continue to exceed both our moral and legal obligations and meet the needs of the people who arrive in New York.”