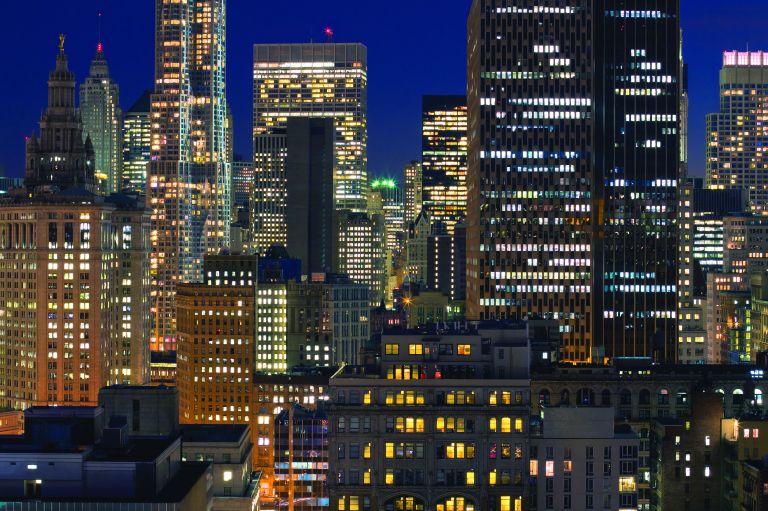 In one of the more frequently quoted maxims of Friedrich Nietzsche Dawn of the IdolsHe wrote, “What doesn’t kill me makes me stronger.”

It’s possible that the traditional banquet hosted by the Real Estate Board of New York each January had to take the mighty blows of COVID-19 to come out better.

Two words from the previous sentence – “traditional” and “January” – actually seem positively anachronistic when talking about the REBNY Gala.

Last year, REBNY chose to redesign its Oscars-of-the-CRE soiree in June, not January. And instead of the Midtown Hilton’s rubber chicken vibe, the board made the decision (a smart decision, if we may punctuate it editorially) to move to the Glasshouse’s sleeker, more Western venue at 660 12th Avenue. The party scaled back speeches, increased chatter and gossip, and offered food served by luminaries like Daniel Boulud.

It looks like the calendar change away from January will be permanent. REBNY’s 2023 Gala is scheduled for April 20, again at the Glasshouse.

But those of us who cling to old habits kind of liked throwing a big REBNY party in January because it gave us an excuse to start the year thinking about the issues affecting New York real estate. (Although, yes, the changes in the party have been very positive.) It’s a good way to gather and bring together the myriad of political and business issues in one place.

It seemed a shame to skip it in 2023…until we thought, hey, we don’t need a REBNY banquet to release a REBNY issue.

Why not take a look at Gov. Kathy Hochul’s new housing proposals like Aaron Short did?

Why not examine the alliance of two pro-development public figures (Mayor Eric Adams and Governor Hochul) in a city where the last governor and mayor hated each other to the core? Rebecca Baird-Rembas did that.

Why not sit down with city officials like Jessica Tisch, who has one of the more important (and perhaps least glamorous) jobs in the city government: sewage inspector? (The town’s rat problem? Yes, it’s in Tisch’s portfolio. Find out here.)

Why not talk to Chris Beach, REBNY’s CTO, and ask about REBNY’s priorities like Philip Russo did?

Why not consider the legal ramifications of all those tainted leases of the last three years still making their way through the courts like Celia Young did?

Why not stop by the REBNY grant program in 2023 and get a taste of this year’s grantees like Larry Getlen did?

Why not take a close look at the hopes and dreams of the office-to-apartment conversion and examine how realistic or illusory the grand schemes are, as Patrick Sisson did?

Why not take a look at the nitty-gritty of enforcing Local Law 97 like Short did? (Also, learn what local laws are driving carbon reduction in other cities, like Anna Staropoli did here.)

We’re sure there will be another big list of stories about REBNY by April, but for now, these are the major issues facing New York City real estate.