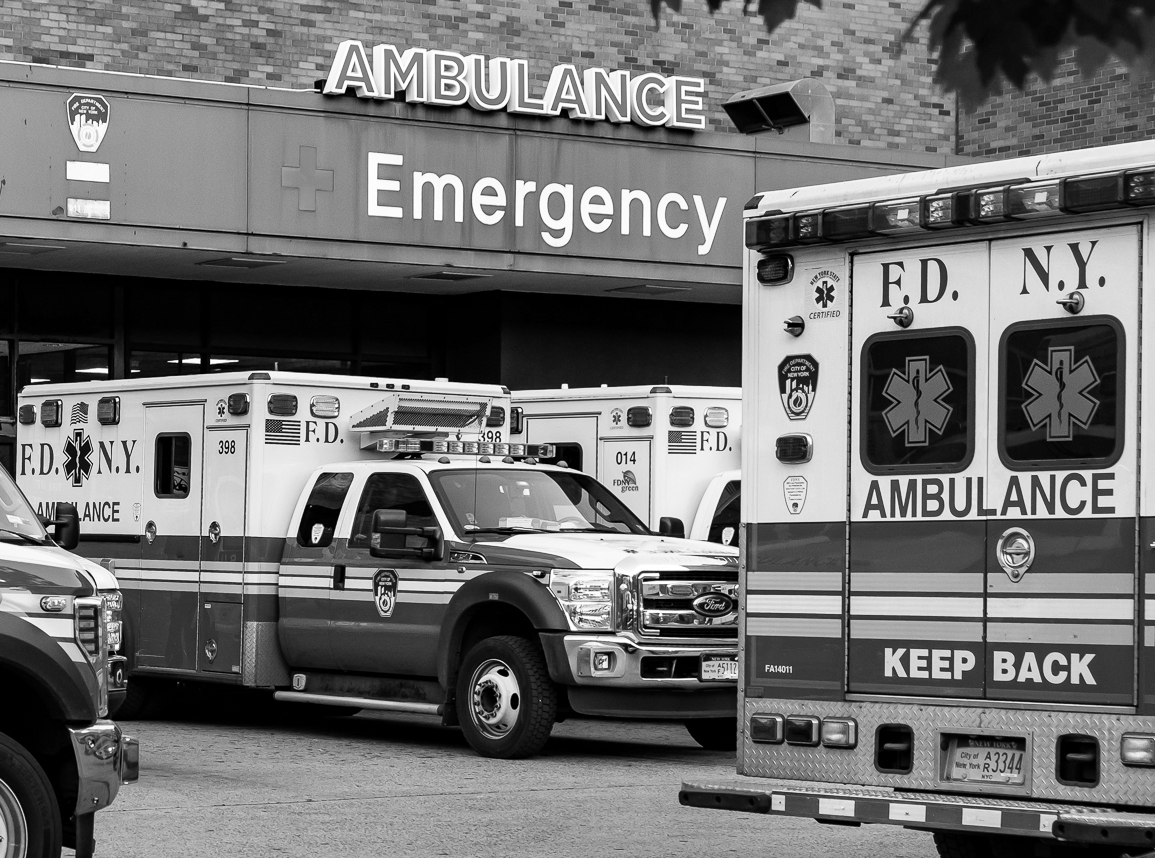 “The city’s annual census — known as the Homeless Outreach Population Estimate (HOPE) — served as a tool to measure our progress toward ending street homelessness. However, HOPE overlooks a crucial component of NYC’s ecosystem: hospitals. By ignoring this segment of the population, the city underestimates the true number of homeless people.”

CityViews are the opinions of readers, not those of City Limits. Add your voice today!

On a cold night in January 2020, 226 homeless people sought shelter in hospital emergency rooms across New York City. Hospitals have long been places where homeless New Yorkers seek care and refuge, but those who do are rarely counted on the city’s official list of vulnerable populations.

These individuals, whose numbers have likely increased due to the recent COVID-19 and flu outbreaks and Mayor Eric Adam’s new enforced hospitalization plan, often fall between the cracks of two disjointed systems that lack the coordination, expertise, and resources needed , to adequately support the homeless people with medical needs. Now more than ever, we need improved communication between health systems and homeless services to properly count vulnerable populations, support those without shelter, and address overburdened health systems.

This week, the New York City Department of Homeless Services (DHS) will send its homeless teams to estimate how many New Yorkers are homeless. Since its inception in 2005, this annual census — known as the Homeless Outreach Population Estimate (HOPE) — has served as a tool to measure our progress in ending homelessness on the streets. However, HOPE overlooks a crucial component of NYC’s ecosystem: hospitals. By ignoring this segment of the population, the city underestimates the actual number of homeless people.

This underestimation has direct implications for the budget. Results from HOPE will be used to allocate city resources to the homeless population, including distributing Safe Haven beds and commissioning street teams. Additionally, someone who spends every night in the emergency room and is unknown to any of the city’s contracted homeless teams may not be eligible for permanent housing programs that require homelessness screening. In the absence of an accurate HOPE census, our organization produced an annual Hospital Homeless Census and requested DHS to include hospitals in its annual census. In our most recent census, we found that 22 percent of respondents said they had visited the emergency room every day in the past year. These individuals deserve to be considered and cared for.

Hospitals in New York City need help managing this patient population. In the past, hospital staff have allowed homeless people to sleep in non-treatment areas such as waiting rooms or lecture theaters, but recent seasonal variations have led to overcrowding. Hospitals and medical staff are working at full capacity, and most hospitals providing these services lack the proper resources and partnerships to do so effectively.

“If an emergency physician looks at the patient status board and sees that 15 other patients in various medical conditions are waiting to be evaluated, this will neither encourage nor support meaningful patient involvement in homelessness and housing insecurity issues,” he told Dr. Jeffrey Lazar, vice chairman and medical director of emergency medicine at St. Barnabas Health System in the Bronx.

Limited guidance from hospital management on how health workers should respond to unhoused patients has resulted in a lack of standard protocols and minimal communication between the health system and homeless services systems. Private hospitals do not currently have access to DHS shelter and road response data, which would allow them to know if a patient is already assigned to a shelter or connected to a road response team. Meanwhile, workers at shelters or on the street may not know their client is in the hospital.

Cross-system access to data is necessary to maintain coordination; without them, patients suffer. Our census found that 69 percent of survey respondents do not have a doctor outside of the emergency department, suggesting that emergency medical professionals often act as first responders alongside other social services.

Healthcare workers and people affected by homelessness deserve better. Hospital management must recognize that stable housing is a critical issue in healthcare. Partnerships and policies need to be established to ensure placement is prioritized as a key component of patient care. Hospital systems across New York City should work together to establish common standards of care for homeless patients. Private hospitals must have access to DHS shelter and street contact data, and all hospitals should use the same admission assessments that include housing questions to ensure consistent information across systems.

New York City’s public hospital system, NYC Health + Hospitals, may offer a promising approach. Her recently launched Housing for Health initiative connects patients affected by homelessness with respite care, home navigation and assisted living across the city, including units built on hospital lots. They can use their position as a city agency to build strong partnerships with DHS and other care providers in the city. And they have long played a role as the city’s largest healthcare provider for people living with homelessness, serving over 43,500 adult homeless patients each year.

DHS should work with both public and private hospitals to build long-term, institutionally-rooted partnerships with community-based organizations and street teams. This will free up already overburdened hospital staff to provide the social support that unaccommodated patients need and make better use of already established systems and resources.

Hospitals serve as critical safety nets for vulnerable New Yorkers and must be treated as such. For many people affected by homelessness, hospitals are a respite from the harsh reality of life on the street, but care needs to go beyond a sandwich and a chair in the waiting room to sleep on. With the strong commitment of the city and hospital leadership, we are able to ensure that these systems provide the full care and support that homeless New Yorkers deserve.

Bonnie Mohan is co-founder and executive director of the Health & Housing Consortium, a nonprofit organization dedicated to supporting and integrating the health and housing systems of New York City. Tess Sommer is the program manager of the consortium.