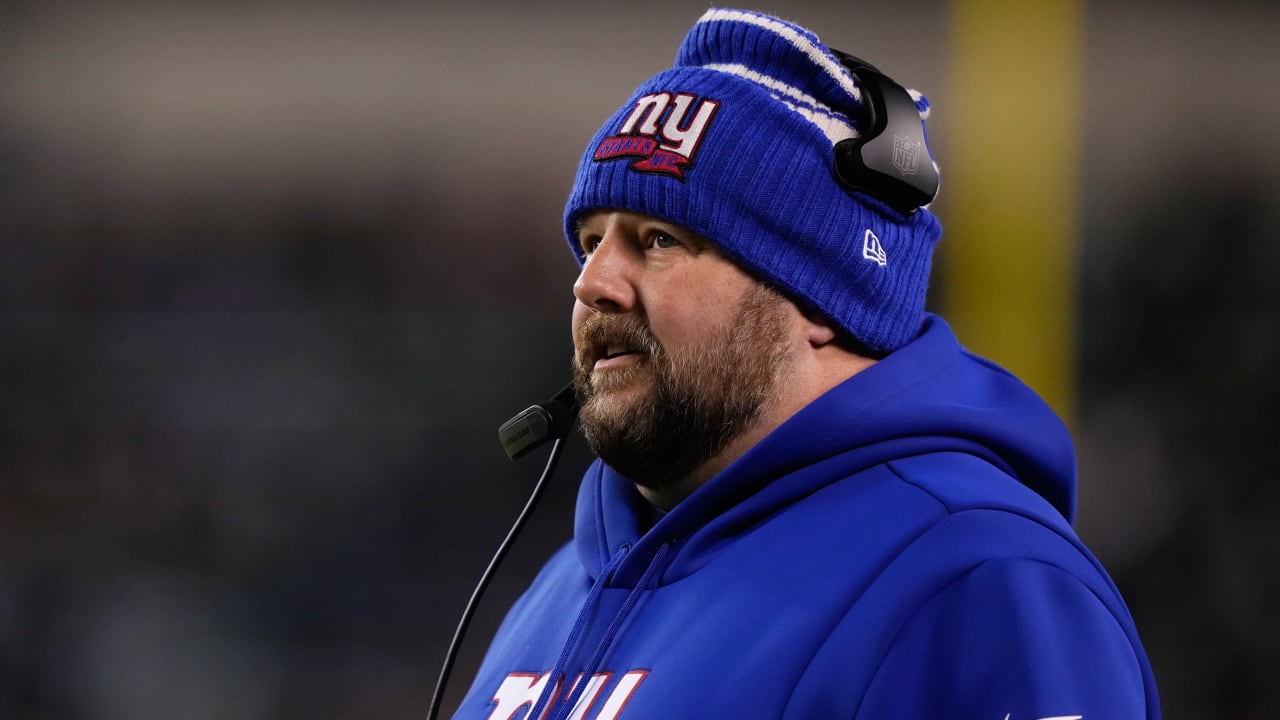 “I’d say every time teams pull off a jump like that, it’s always, you know, the lead at halftime is a pretty high percentage of odds,” the coach told reporters. “I appreciate our team. I’ve told these guys I appreciate their efforts. All year round, their work ethic, the people in the organization.

“But Philly deserved to win this game. It’s a crash landing in the playoffs. Loss hurts. These defeats hurt even more.”

A contender for Coach of the Year if not a favorite, Daboll turned the Giants franchise around in his first year at the helm along with general manager and fellow Buffalo transplant Joe Schoen. Maximizing underappreciated talent on the roster, New York surprised most forecasters by winning seven of their first nine games and making their first post-season appearance in six seasons after a 9-7-1 campaign. The Giants’ wildcard win in Minnesota was their first postseason win since their Super Bowl XLVI triumph over a decade ago.

But this is where her dream season ended. In Philadelphia on Saturday night, 95 miles south on I-95 from their team facility, the Giants looked far from title contenders.

The division champions were in a different weight class.

“Believe Philly credit. You did everything better than us today,” Daboll pleaded. “Tough game. We were really beaten on all facets so it wasn’t anything special. It was a team game and we just didn’t pull it off. Congratulations Philly. They get to go and unfortunately we didn’t.”

What’s next for Big Blue is grey. The Giants’ backfield duo, Daniel Jones and Saquon Barkley, are both slated to become free agents, though New York is expected to try to sign both for extensions. The running back star said Saturday night he couldn’t picture drubbing the divisional round as his final game against New York. The quarterback put off any talk of a re-signing, telling reporters, “We’re going to cross that bridge when we get there.”

Even with Jones and Barkley returning, it doesn’t make up for the talent gap between the Giants and the cream of the NFC East crop in Dallas and Philadelphia on display Saturday night. The New Yorkers are optimistic they have what it takes in the dressing room to improve next season.

“I think the future of the team is bright,” said Jones after the defeat. “We have a lot of young core guys who’ve made a lot of games and have come up and been big all year. There is certainly a bright future here.”

For Daboll, the defeat was a learning experience from which it will be difficult but necessary to recover.

“I told them to keep their heads up,” Daboll said of his message to his Giants. “They fought hard. It’s a crash landing in the playoffs. Every time you lose it hurts because you put so much effort and energy into it every week. And when you lose at this time of year, it hurts even more. You’re working extremely hard It’s hard to get to this point You’re blessed to get to this point It’s hard to do.

“Believe Philly credit. You did everything better than us tonight.”