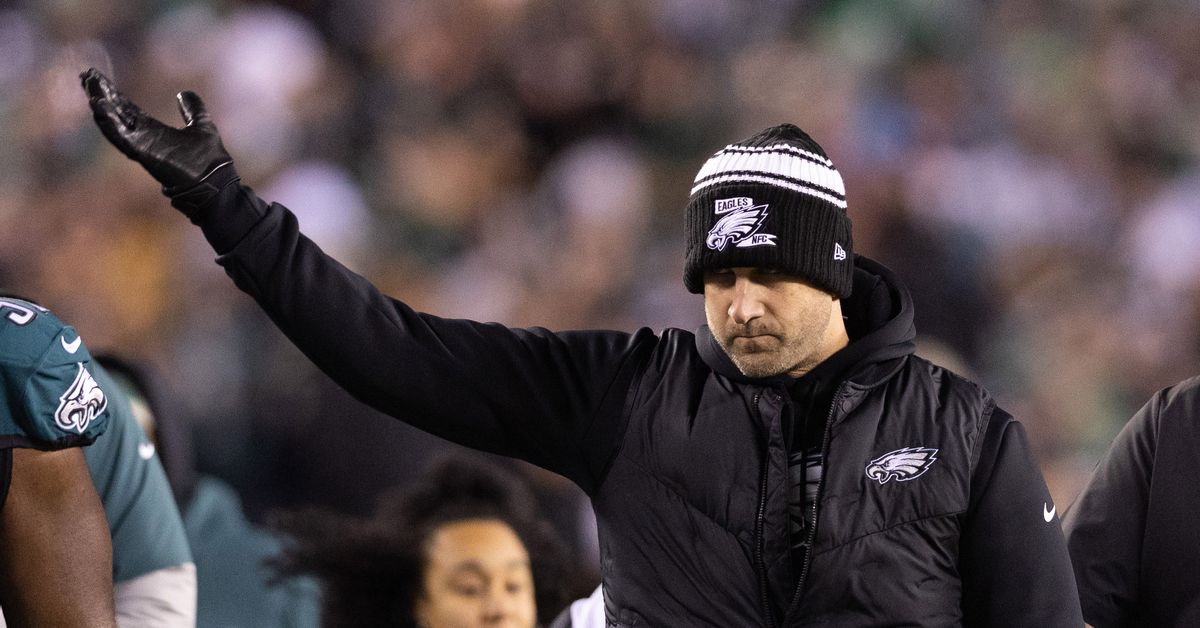 After the Giants defeated the Vikings in an interesting undercard match, it was reported in the media that they had suddenly achieved contender status. For the entire week leading up to the game, the media tried to make the Giants look like more than they were.

Daboll and his staff seem to have brought a level of competence to the Giants not seen since the height of the Tom Coughlin era, but the list of coaches whose best year was their first is long and growing forever will. We’ll see how Daboll performs next year with heightened expectations, but for this year his team ended up with what he called a crash landing.

The Giants’ offense crossed midfield twice in the entire game. At halftime they had 3 first downs. Three.

Daniel Jones, after whom the Talking Heads went berserk after playing well against a Vikings defense that gave up 329 yards to Teddy Bridgewater, 369 yards to Mike White and 382 yards to Mac Jones, looked to be in every way would he be a backup-caliber QB against the Eagles.

-His passer rating of 53.8 was the fourth worst of his career. The three games that were worse were all games where he threw 3 interceptions, last night he only threw 1.

– The 5 sacks he took was the fifth most of his career.

-His 135 passing yards was the sixth-least of his career in a start.

-His 4.0 yards per rush was the 19th worst in his 55 career starts and second worst against the Eagles, worst last year. Despite all the criticism, Jonathan Gannon doesn’t let Daniel Jones beat him to the ground.

With his QB struggling, Brian Daboll and his brilliant coaching staff kept Saquon Barkley out of the game. Barkley’s 11 touches were the fewest of his season, along with the 48-22 loss to the Eagles, where he also had just 9 carries and 2 receptions.

I think that’s why Brian Daboll punted from his 42 down 21 in the 4th quarter of an elimination game. Strange.

All told, the 227 yards the Giants gained added up to the second fewest yards of their season, behind just 225 in a loss to the Seahawks.

The Giants’ defense, which had been okay and inconsistent at best all season, was equally embarrassed.

ESPN’s Jordan Raanan rightly pointed out that the Eagles’ defense on Saturday was different than what they had 48 points to. But he falsely claimed that “New York is in a lot better shape now.”

Wink Martindale downplayed the fact that Boston Scott is unstoppable when he plays the Giants.

Wouldn’t you know, Boston Scott scored a goal, and it wasn’t in trash time.

Connor Hughes told Giants fans not to panic “because if anything, you actually get the Philadelphia Eagles at the right time,” noting that the Giants are relatively healthy and the Eagles are not.

There is no perfect time to play against such a talented team #Eagle.

But this weekend is as close as that #Giants will get.

So does that mean New York can pull the fuss? pic.twitter.com/9JXRaD5uCu

Not only was this a hit by season standards, this was one of the worst playoff games in Giants history.

– The 26 first downs the Giants defense gave up was the second most in Giants playoff history, one behind the epic 1958 NFL championship game that went into overtime. The 268 rushing yards surrendered by the Giants was the worst in franchise playoff history, and the 416 total yards was the fifth-worst.

– The 227 yards on offense was the seventh shortest since the 1970 merger, as was the 109 passing yards overall. The 13 first downs won by the Giants were the fifth fewest.

Thank you for attending New York. It was nice having you.