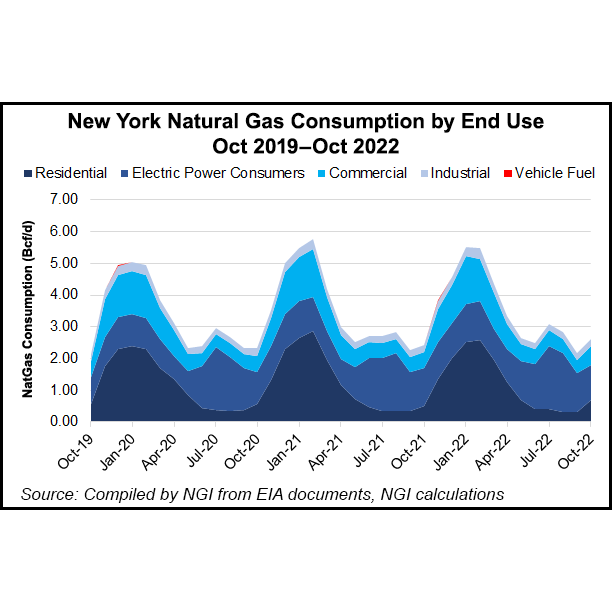 That would be a more aggressive position than the one she proposed in her statewide address last year, when she announced plans to phase out fossil fuel plug-ins, including natural gas, in new homes statewide within five years.

The announcement follows the passage of a similar measure by the New York City Council in late 2021.

Hochul has said buildings are responsible for more than a third of New York’s climate pollution.

In her address, she also proposed ending sales of natural gas or fossil fuel-based heaters in the state by 2035. “We will pursue one of the most ambitious and comprehensive efforts in the country to combat climate change,” Hochul said.

Hochul also announced $200 million in electricity bill relief for up to 800,000 New York City households earning less than $75,000 a year.

Consolidated Edison Inc. (ConEd), which serves 1.1 million customers in New York City and Westchester County, issued a statement supporting the governor’s proposals. “We look forward to working constructively with all stakeholders as more detail emerges from the Governor’s proposals. New York is in the early innings of its historic clean energy transformation, and Con Edison shares the Governor’s optimism about the tremendous opportunities and benefits this transition will bring to our state,” the statement said.

Hochul has also asked the state’s Department of Environmental Protection (DEC) to enact regulations requiring all new cars and trucks sold in the state to be electric vehicles by 2035. The move is based on the California Air Resources Board’s Advanced Clean Cars II regulations banning the sale of internal combustion engines, which went into effect in 2022.