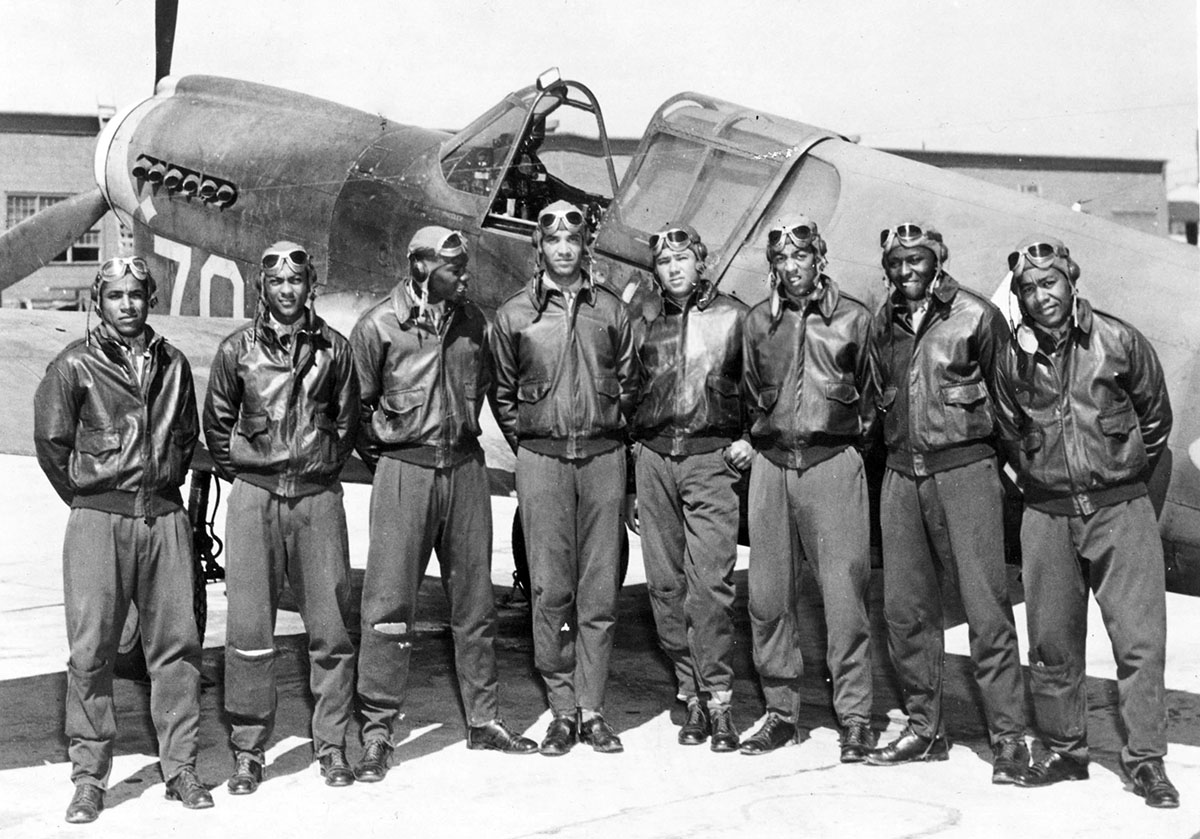 The documented original Tuskegee Airman, 2nd Lieutenant Herbert Thorpe is not your average man in America. He is a living legend and has beaten many averages. Born in New York on January 9, 1923, 100 years ago, Thorpe has exceeded average life expectancy, and he and younger brother Richard both have a place in history for their military careers as Tuskegee Airmen.

Herbert and his brother Richard were both graduates of the respected Tuskegee Airmen. Richard was educated at Tuskegee Institute before Herbert, and they flew to the States together. Richard was later killed during a training incident in Italy.

Trained as a pilot, navigator and bombardier, Herbert did not go into combat. After the war he retired with the rank of 2nd Lieutenant Col. and returned to New York. He is one of the forefathers of the air traffic control system used today. He worked at the Brooklyn Navy Yards as a radar systems engineer and then as a radar research engineer at the Rome Air Development Center, Griffiss AFB in Rome, New York. In 1982 he retired from the military.

Thorpe was a counselor at a New York community college until 1997. He is a serving and past president of an NAACP chapter and has proudly served his community for over 50 years. Thorpe continues to give back to his local community and attends all events focused on youth of all races. He is active in the Claude B. Govan chapter of Tuskegee Airmen Inc.

At 100 years old, Mr. Thorpe is not only mentally healthy, but physically quite healthy too! His smile and laugh are contagious and his calendar and days are usually full! His younger brothers died, but Herbert, like his father before him, made it to 100 years!

Mr Thorpe was married to Jessie M. Shorts of Bronx, NY for 65 years. They had two children, Jessica and Clifton; four granddaughters, Maisha, Stephanie, Natalie and Leslie; a grandson, Kahlil; a great-grandson, Gibran; and a great-granddaughter, Azariah Marie. He was preceded by his brother Richard, a documented Tuskegee aviator and Class 44-L-SE graduate who died in Italy in April 1945.