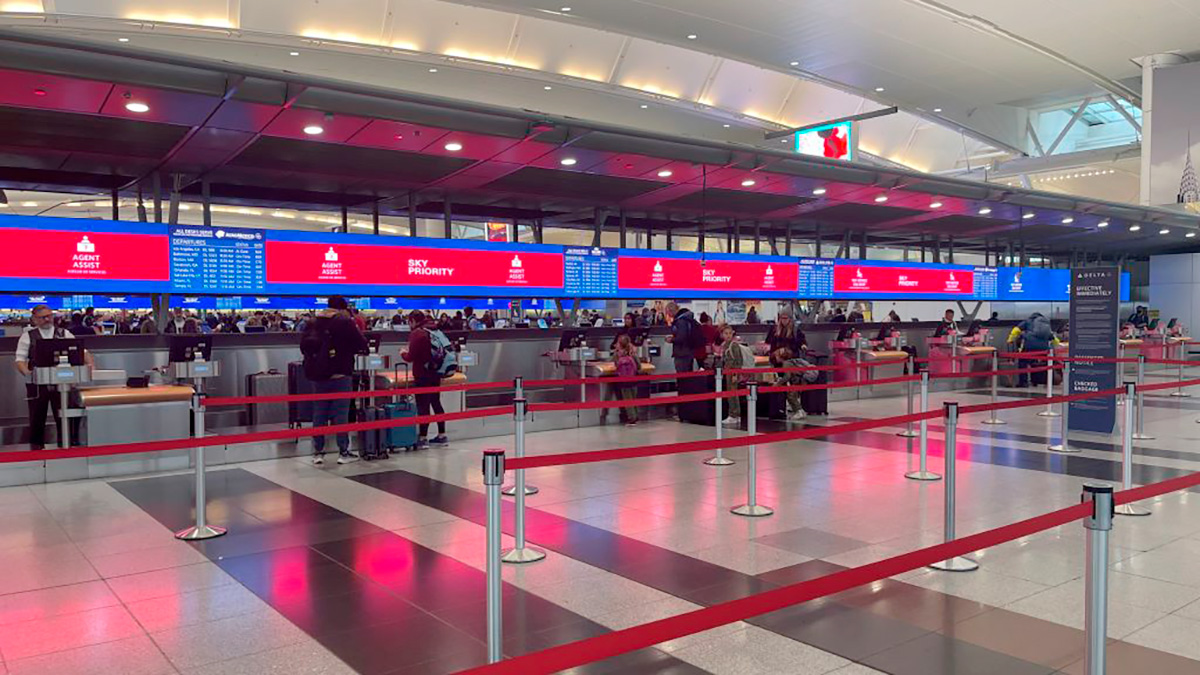 Delta celebrated major airport infrastructure milestones in 2022 as the airline introduced brand new terminals at its New York-LGA and Los Angeles hubs and opened six new or upgraded Delta Sky Clubs around the world. But we’re not done yet, and 2023 has exciting things ahead – all part of Delta’s more than $12 billion investment in coast-to-coast airports and commitment to transforming the travel experience on the ground and in the air .

Delta customers in New York City can expect upgrades and expansions at both of Delta’s local hubs this year as New York City’s #1 airline* deepens the $7 billion in infrastructure investments made at New York airports alone since 2010.

“As Delta continues to strengthen its leadership position as the premium global airline in New York City, we remain committed to building airports of the future that are comfortable, easy to navigate and part of an effortlessly connected journey,” said Chuck Imhof, Vice President of New York & Eastern Division Sales.

Delta’s latest $1.5 billion expansion project at New York-JFK Airport broke ground 13 months ago. The airline and its partners at the Port Authority and John F. Kennedy International Air Terminal have worked quickly to provide an even better experience for local and connecting customers.

On January 14, Delta officially shifted its operations out of Terminal 2 and consolidated all operations into Terminal 4, with ten new gates now open in Concourse A, which has modern, spacious seating areas and upgraded restrooms, with concessions that will follow soon .

The updated check-in and baggage drop area uses the latest technology to improve efficiency during busy travel times and includes the following improvements:

And there’s more to come. Expected to be completed in early fall 2023, the Concourse B expansion will include 28 gates that can accommodate different types of aircraft, an expanded security checkpoint and baggage claim area, and new restrooms.

Delta Sky Club customers can look forward to a nearly 14,000 square foot location opening this summer in Hall A of T4, with planned seating for over 200 guests. A Delta Sky Club Express location is now open to serve customers in Concourse A in the meantime, offering limited seating and beverage service, as well as quick grab-and-go options. Delta’s Club in Concourse B will also remain open.

JFK will also be the first airport to host an exclusive club for Delta One customers, scheduled to open in early 2024. The first Delta One Club will be located adjacent to the main security checkpoint in Terminal 4 and will be approximately 36,000 square feet – the largest in the Delta Sky Club network. Delta One customers visiting the club can expect personalized, dedicated service that further enhances the lounge experience.

Delta opened its state-of-the-art Terminal C at New York-LGA last June, and the two remaining concourses will be completed by the end of 2024.

Delta began construction on this massive, year-long project in 2017, with the first hall opening to customers in 2019. The airline accelerated construction times during the pandemic to deliver this facility to New York customers nearly two years ahead of schedule.

Delta’s unique dual-hub location in New York City enables the airline to offer more than 470 peak-hour departures daily to over 120 destinations. This summer, the airline will fly its largest ever transatlantic schedule from JFK, offering more than 225 weekly departures to 32 destinations including Berlin, Geneva and London-Gatwick – all routes not flown since pre-pandemic or pre-pandemic times.

*No. 1 based on seats and departures from JFK and LGA (LTM1Q23 used) and passengers and revenue (LTM3Q22 used).