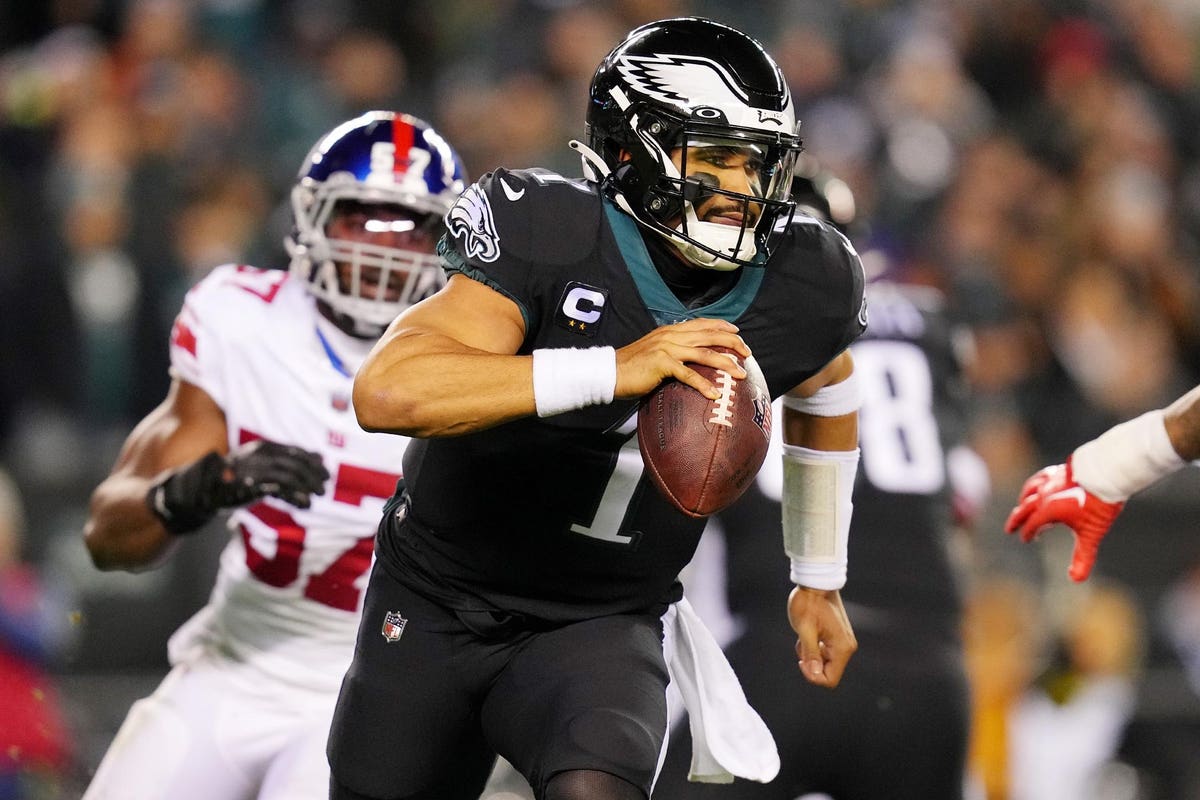 There’s a lot of familiarity for the Philadelphia Eagles and New York Giants ahead of their third duel, this time in the NFC Divisional Playoff Round Saturday night at 8:15 p.m. at Lincoln Financial Field in Philadelphia.

I guess you would say they know us well and we know them well,” Eagles head coach Nick Sirianni told media on Tuesday. “You know the staff really well. You know the schemes really well. So that has pros and cons on both sides… But it’s familiarity, and that can be both good and bad because it’s not like we’re just familiar with them; they know us too.”

And yet, both teams have had developments, injuries and other key aspects that have changed since the first two games these two played — a 48-22 daughter by the Eagles in Week 14 and a 22-16 win in Philadelphia against a The Giants team, who mostly seeded their starters in Week 18.

Perhaps there’s no greater question hanging over this game than exactly how the Eagles plan to field quarterback Jalen Hurts and how accurate he can be in the plan they have laid out for him. Hurts returned from a shoulder injury in time to face New York in Week 18 but played at a level far below the dominance he showed in the first game between Philadelphia and New York. He failed to get a touchdown pass and gained just 13 yards on the floor.

The Eagles have been silent on how they intend to use him in recovery after those two weeks, assuming the bye week Philadelphia deserved with the Week 18 win, and that continued in Sirianni’s responses this week.

“He’s better today than he was two weeks ago and continues to be better and feeling good,” Sirianni said. “I’ll let him tell you how he feels.”

For their part, the Giants are preparing for the Hurts, having thrown for 217 yards and two touchdowns while rushing for another 77 yards in the Week 14 win in Philly.

“No, he wasn’t on the injury report,” Daboll said when asked if he expected anything less than the full Hurts experience. “Well, I expect his best. And that’s what he gave me every time I was around him.”

However, it’s worth noting that New York has a few key players available to counter what Hurts is doing, particularly in the passing game. Both Week 14 and Week 18 for the Giants came and went without the services of Adoree’ Jackson, who was out with a knee injury. In addition to being healthy enough now to play, Jackson largely knocked out Minnesota’s Justin Jefferson in the Giants’ 31-24 win last weekend.

As for Xavier McKinney, he played sparingly in Week 18, didn’t play at all in Week 14 but is at full strength as evidenced by the game-winning tackle he made in the final moments of the Minnesota game.

“I think whoever we’re in there with, we’re doing as much as we can,” Daboll said of Jackson and McKinney. “And I think all of our players understand our system and how we want to go about things. We are week to week. So whether it was J-Pin (Safety Jason Pinnock) or Belton or T-Jeff (Safety Tony Jefferson) — whoever it may be — everyone knows what to do. It’s always good to have back starters who missed some time. It’s good to have these two guys back.”

No matter what the defense does to limit hurts, the Giants just aren’t going to win without limiting Philadelphia’s historic pass rush. The Eagles have 70 sacks during the regular season, the third most by any team since 1982, and are the only team since 1982 to have four different players in double-digit sacks.

“It definitely starts with how many players they have,” Giants lineman Andrew Thomas said of Philadelphia’s pass rush. “Most teams have a top-notch pass rusher, and after that they have a rotation of guys. They have people who would rotate and start on other teams. That obviously just lets you know the talent level. Their trainers do a good job with scheme. They don’t just rush straight ahead all the time. They run different programs depending on what D tackle is involved. That also makes a difference.”

Thomas is primarily tasked with slowing down Josh Sweat, who has been training this week and is expected to play. But for New York to win, there must be no repeat of Week 14, when the Eagles sacked the quarterback seven times.

“They have good players and they know how to go to quarterback,” Jones said. “We’re going to have a plan for these guys and we have a lot of faith in our guys up front. They have played very well all year and will be ready.”

One thing is clear about the Eagles-Giants this year: Familiarity has not yielded the same result. New York hopes there will be a change on the scoreboard this time as well.