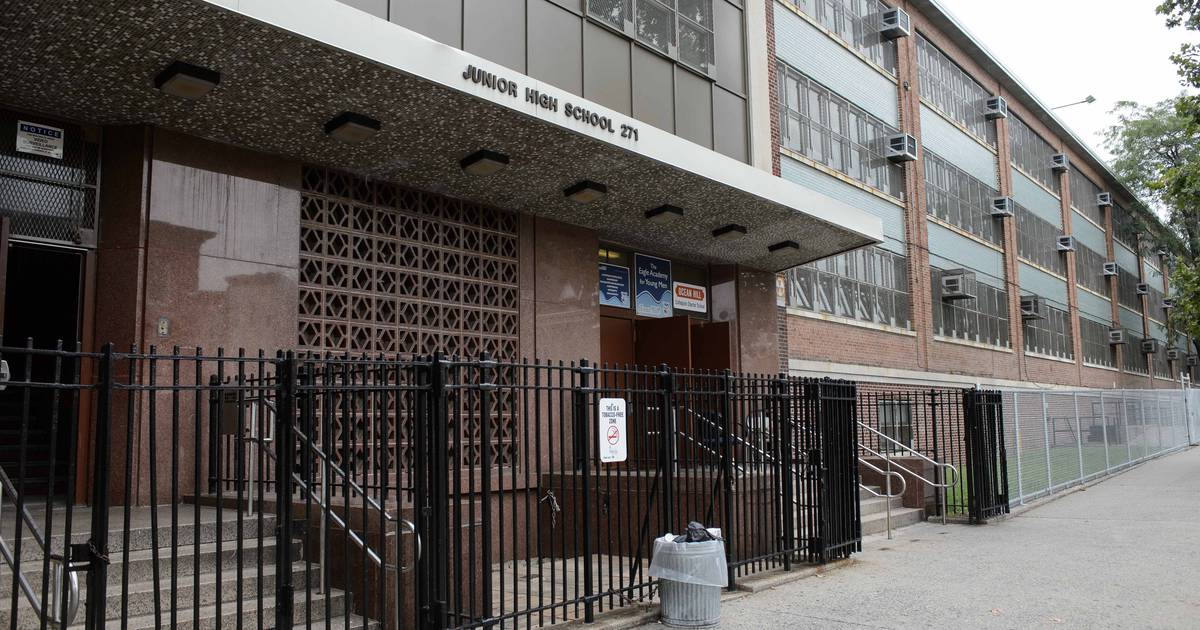 The shooters and their New York victims are getting younger and younger.

The NYPD this week reported four gun violence incidents in which city teens were either the shooter or the victim, with a suspect arrested after opening fire on a city police officer, as police crime statistics show that the number of New York youth with guns is going in the wrong direction.

The 2023 surge comes after 157 victims under the age of 18 were either killed or wounded by gunfire last year, an increase of 20 incidents from 2021, according to NYPD statistics shared with the Daily News.

“It’s only getting worse,” a 15-year-old Brooklyn student told the Daily News. “It’s a real thing. Nobody did any of this before the quarantine. People die before school. That’s not cool.”

A 15-year-old boy was fatally injured in a shooting outside a Bronx Police Athletic League center on Thursday, and the victim died at Lincoln Hospital on Friday. He was identified late Friday as Josue Lopez-Ortega of Laconia. It was one of two incidents Thursday in which teenagers ended up in the crosshairs of a gunman, the Daily News has learned, with a 15-year-old also being shot and wounded in Brooklyn on Thursday.

Detectives are trying to determine if the two teenagers who were shot while exiting a basketball game at the Longwood PAL facility were hit by stray bullets or were attacked by a masked gunman who remains at large. A 16-year-old boy was hit in the leg and survived.

NYPD Chief of Detectives James Essig, in a radio appearance late last year, blamed an increase in youth gang violence and social media taunts that escalated into violence. The number of teenage shooting victims has more than doubled since 2017, according to the NYPD.

But city educators and students said increased safety is part of the solution to making young New Yorkers safer.

“There should be more metal detectors,” said a 35-year-old school worker from Brooklyn. “There is a lack of school security in the building. Every morning when I walk in I’m like, ‘God, please take me home safely.'”

Brianna, a 17-year-old senior at Brooklyn Ascend High School, agreed that she sees an increase in gun violence among teens.

“We have to do better, really, really,” she said. “We must lay down our arms”

Mark Rampersant, who oversees school safety and prevention, said student welfare is “the absolute number one priority” of the public school system.

Each school has access to an on-school social worker or mental health facility and can lock all doors except the main entrance, city officials said. The school system also recently launched the $9 million Project Pivot initiative, which connects high-need schools with organizations in their communities like violence interrupters and “safe corridors” during student commutes.

“Our schools remain safe havens for our students,” Rampersant said. “Guns and other dangerous objects are clearly prohibited in our schools, and we work closely with our entire school community, including NYPD school safety officers, to keep our classrooms and our students safe.”

In Thursday night’s shooting, police witnesses said the gunman fired at least three shots into a crowd outside the PAL center. The younger teenager fell to the sidewalk while the older one stumbled around the corner and away from the gunfire, police sources said.

Neighbors said this is the second time a shooting has broken out near the PAL center in recent months.

“It was safe then, but now it’s a new situation,” a neighbor said. “My grandson goes to school here. I’m worried about him and his little friends.”

At the same time, a 15-year-old boy was shot in the arm in Brooklyn outside the Eagle Academy for Young men in Brownsville, police said.

The teenager had just left a school basketball game and was approaching the corner of Herkimer St. and Saratoga Ave. at 8:52 p.m. Thursday when gunshots erupted, police officers said. The victim was treated at Kings County Hospital and discharged, police said.

A 17-year-old boy with a handgun was arrested at the scene, but it wasn’t immediately clear if he was the shooter. The teenager has been charged with gun possession, police said.

A 13-year-old boy was arrested in Queens on Wednesday afternoon for shooting dead two teenagers during a fight outside of Campus Magnet High School in Cambria Heights.

He is said to have shot a 16-year-old girl in the right ankle and a 14-year-old boy in the right leg, with both victims expected to recover. The suspect was charged with assault, possession of a weapon and reckless endangerment and was being held in a juvenile detention center without bail.

Early Tuesday, a 16-year-old boy was arrested for opening fire on two police officers in the Bronx, police said, with Officer Paul Lee being punched in the arm.

Mayor Adams, at St. Barnabas Hospital, where Lee was being treated, said Tuesday’s shooting “clearly emphasizes that too many young people are holding too many guns.”

“Our job is to find a way to stop this,” Adams said.