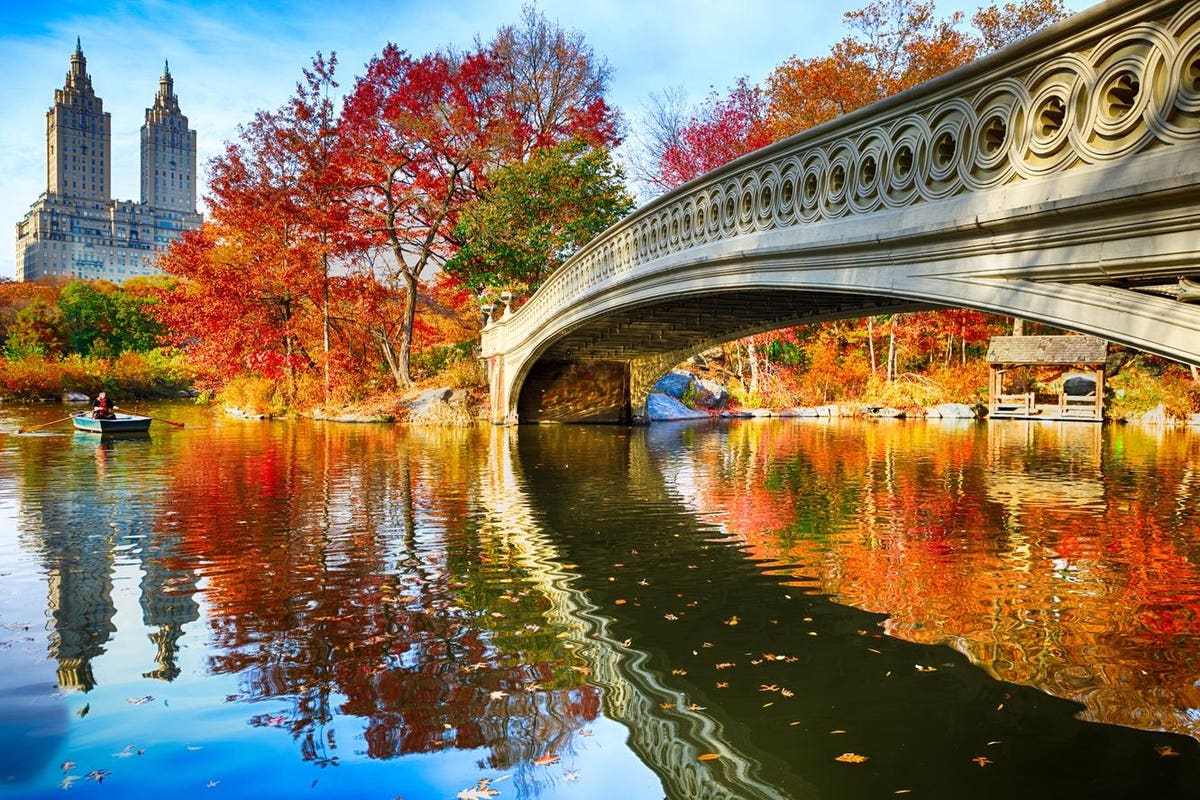 As a group of people were led by a very enthusiastic dog, they were sometimes distracted by the diverse natural beauty of their surroundings – rolling slopes accented one minute by a row of colorful autumn trees and the next minute by a flat strip of grassy land , which would lead to rocky canyons. From the viewers’ perspective, it was just a group of people going for a speedy walk with an adorable Lagotto dog, who, with his lush, curly, woolly coat, looked like a live stuffed animal. Although some dog owners passed by the Lagotto bitch with their own dogs, she persisted in her mission as her owner gave her an important task. Truffles, she was looking for truffles! Ironically, in New York’s Central Park!

Tony May, a famous New York restaurateur and passionate promoter of authentic Italian cuisine, was behind these truffle hunts in the 1990s. His elegant Italian restaurant, San Domenico, across from Central Park, opened in 1988 to rave reviews. One of the main characteristics of his house was the use of high-quality truffles from the Italian Piedmont in various dishes. Fiorenzo Dogliani, the family owner of Beni di Batasiolo – a winery in Piedmont, Italy, reminisced about the good ole days when he would have lunch at Marea, a fantastic gourmet Italian restaurant that eventually took the place where San Domenico used to be was located. Fiorenzo gave a hearty laugh of delight as he discussed all the glorious truffles Tony would bring back – 110 to 132 pounds of truffles at a time. “There was someone who flew to Milan every day to buy truffles [for Tony during truffle season]’ exclaimed Fiorenzo. And he went on to note that “a kilo” of white truffle, which equals 2.2 pounds, can be worth “$8,000.”

Truffles grow wild in the forests of the Langhe province of Piedmont and are usually found underground near tree roots. Training the right dog to be a truffle hound takes a lot of training as the animal needs to be able to find those truffles underground by sniffing them out while at the same time refraining from eating them. The Lagotto Romagnolo (aka Lagotto) is the dog of choice in Italy for finding truffles, with females being preferred as they often have a more developed sense of smell.

Fiorenzo Dogliani and his family certainly know the great expression of terroir that these beautiful truffles add to a dish, as they are the largest family-owned winery in the Langhe, with most of their vineyards planted with Nebbiolo in the prestigious Barolo wine region. And so the Dogliani family has both truffles and Barolo in their blood and, like so many others, consider Barolo and truffle to be one of the most incredible combinations in the world.

Beni di Batasiolo is a third generation family-owned winery that first invested in the Langhe in the late 1970s, focusing on premium vineyards in the renowned Barolo appellation1. Today they are the largest family-owned winery in the region, with 70% of their production coming from Barolo on their 321 hectares of vineyards. Fiorenzo owns Beni di Batasiolo with his brothers and sisters, but he is the one who has taken on the role of managing director for over 30 years and has received many awards for his contribution to the Italian wine world.

Traditionally, Barolo was a wine composed of a blend of different vineyards from different sub-areas of the Barolo appellation, thus expressing the myriad facets of this terroir. Even today it is still considered by many producers as their flagship product as it is the most important wine to reach most consumers. More recently, however, Barolo has focused on bottling single cru vineyards from outstanding plots, which have always been known to top producers as special, but have never been individually bottled by many of those producers as there was no market for such wines. Beni di Batasiolo, with Fiorenzo at the helm, has brought these special plots to the fore by bottling many of these incredible vineyards more than three decades ago, and their commitment to expressing individual vineyards from top crus in Barolo is even in your name. as “beni” translates to “property” and “Batasiolo” is their central vineyard where their winery and cellar are located.

Truffles have a symbiotic relationship with the trees that live nearby above ground, where they normally grow underground, as the truffle gives the tree extra water and nutrients, and the tree rewards the truffle with sugar. It’s like Fiorenzo Dogliani and Tony May’s relationship as Tony was on a mission to bring authentic Italian cuisine to NYC, but it would be nothing without the right wines on the list. And Fiorenzo’s Barolos could never be appreciated if not served in an atmosphere that appreciates the fact that some of the world’s greatest wines come from Italy. And since Piedmont wasn’t a popular travel destination in the 1990s, it was important to somehow transport people to this exceptional food and wine region without having to leave New York City, so truffle hunting was a brilliant idea.

Today, Piedmont has become a popular travel destination in Italy, and many have been able to travel straight to the mainland to take part in truffle hunts and wine tasting tours, so there’s less of a need to re-enact truffle hunting in NYC. Beni di Batasiolo has even opened its own luxury resort and spa in Serralunga d’Alba, Piedmont, called Il Boscareto, which boasts an outstanding wine list that includes all of the Barolo area’s wine producers. But Fiorenzo still remembers the Central Park truffle hunts that took place some 20 years ago as if it were yesterday, and those memories are even stronger now that his good friend Tony May died in April last year.

And he still misses those truffle hunts in New York City, although he misses the man behind them a lot more.

2021 Beni di Batasiolo, Gavi del Comune di Gavi Granée: 100% Cortese. When it comes to quality Piedmont white wines, Gavi tops the list. This 2021 was simply delightful with blanched almonds and wet river stones on the nose with hints of thyme with good tension on the palate and a light lemon confit flavor with lots of energy.

The following five single site cru wines are from the 2013 vintage. According to Paola Marrai, Fiorenzo Dogliani’s wife who helps him run the winery, 2013 was a good year for the Nebbiolo grape in Piedmont as it was about a late crop traded “about 15 days later”. So the maturity was more balanced as the skins had more time to mature. In addition, just before the harvest, there were large temperature fluctuations between day and night, so that beautiful aromas were preserved and at the same time an ideal degree of ripeness was achieved for the grapes.

2013 Beni di Batasiolo, Brussia Vigneto Bofani, Barolo: 100% Nebbiolo. A pretty nose of pressed rose petals and black liquorice with a hint of tar adds to the complexity of the flavors and a light grip on the tannins on the palate, yet the finish has plenty of finesse.

2013 Beni di Batasiolo, Brunate, Barolo: 100% Nebbiolo. Complex nose from the start with crushed stones, wild mushrooms and fresh leather with a silky texture and a round palate with lots of fleshy cassis fruit.

The following is the same vineyard but from 1996, 17 years older.