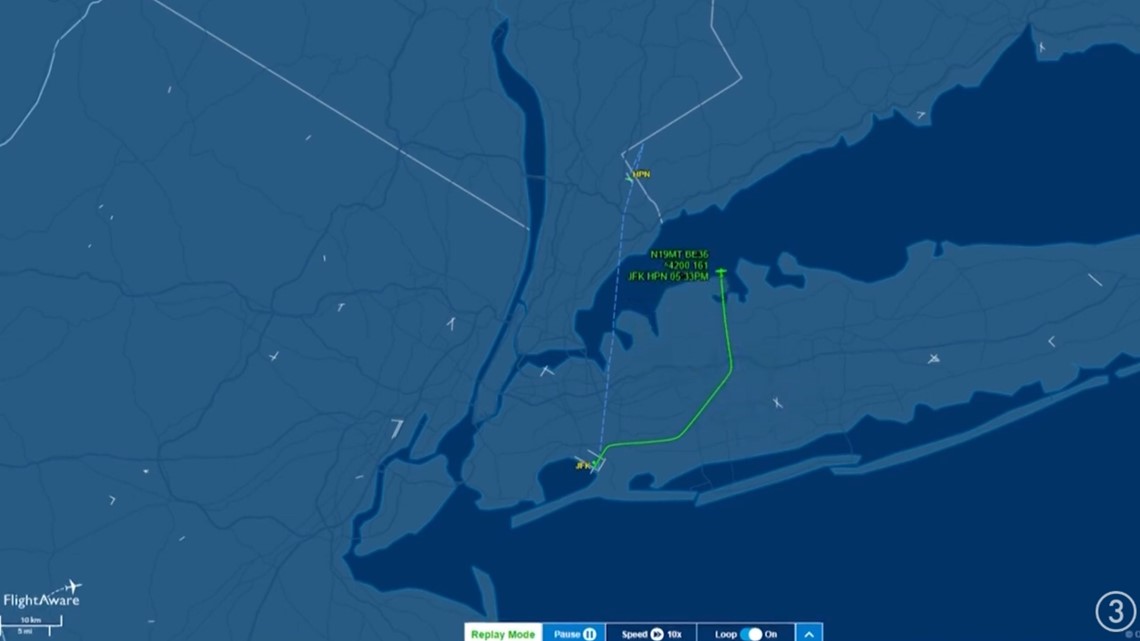 Binyamin Chafetz and Baruch Taub, both from Northeast Ohio, were killed in the crash near Westchester County Airport on Thursday night.

According to Westchester County officials, Binyamin Chafetz and Baruch Taub flew back to the Cleveland area after a funeral. Both men are members of the Orthodox Jewish community.

The single-engine Beechcraft A36 took off just before 5 p.m. with Taub at the controls. The flight became more difficult due to bad weather in the area.

According to air traffic control records, a call for help was given after 26 minutes of flight. “I’m declaring a state of emergency. Our oil pressure is dropping.”

Flight trackers show the plane plummeted over 4,000 feet in just four minutes toward Westchester County Airport in White Plains, New York. “Mayday, Mayday, Mayday. I can’t see anything out here,” came the call from the plane.

Then suddenly there was silence.

“I have nothing on the plane at the moment,” said the air traffic controller who was chasing the plane.

Chafetz’s family say that just before the crash, Binyamin texted friends saying their plane had “lost the engine” and asked his congregation to pray for him. The message continued, “I love you and the kids, I’m sorry for everything I’ve done. We lost engines. Call and have the community say Tehillim.” Tehillim is the Hebrew term for the Book of Psalms.

The wreckage of the plane was found just before 11 p.m. in a heavily wooded area about two miles from the Westchester County Airport runway, Latimer said. The remains of the victims were found near the crashed plane.

Online images from the global Jewish news agency Belaaz show debris from the light aircraft, which appears to have collided with a tree.

🇺🇸✡️ — PHOTOS: Misaskim volunteers at the scene of the tragic plane crash in Westchester, NY. pic.twitter.com/rJS808AEw9

According to Westchester County Commissioner of Emergency Services Richard Wishnie, Thursday night’s weather made finding the plane difficult because it made it impossible to use drones to locate it.

The bodies of Taub and Chafetz were flown back to Cuyahoga County Airport Friday morning for burial before sunset.

The plane in which the two Cleveland-area men were flying was registered to Larry Rohl and Daviation, Inc. of Willoughby. Rohl also owns the T&G Flying Club, the oldest and largest flying school in northeast Ohio.

In the past nine years, T&G and its aircraft have been involved in at least three separate crashes. In 2014, four students from Case Western Reserve University were killed in a crash at Willoughby Hills.

More recently, there was a crash near Mayfield Middle School last summer in which Rohl was the lead pilot and flight instructor, along with his student and another passenger. All three escaped the crash unharmed.

T&G offers flight courses for private pilots. Offices are located at Burke Lakefront Airport and Cuyahoga County Airport. On its website, the company says it has trained more than 10,000 pilots since it began operations in 1976.

While the Federal Aviation Administration (FAA) and National Transportation Safety Board (NTSB) are investigating the New York crash, records show that the last reported airworthiness date for this aircraft was 1998. The plane itself is 46 years old. old.

And while this probably wasn’t the plane’s first and only engine, flight expert Robert Katz told 3News that something big had to happen to get a new airworthiness certificate to justify a new one.

3News reached out to both Rohl and the T&G Flying Club, stopping by both their offices and Rohl’s home. We also left messages.