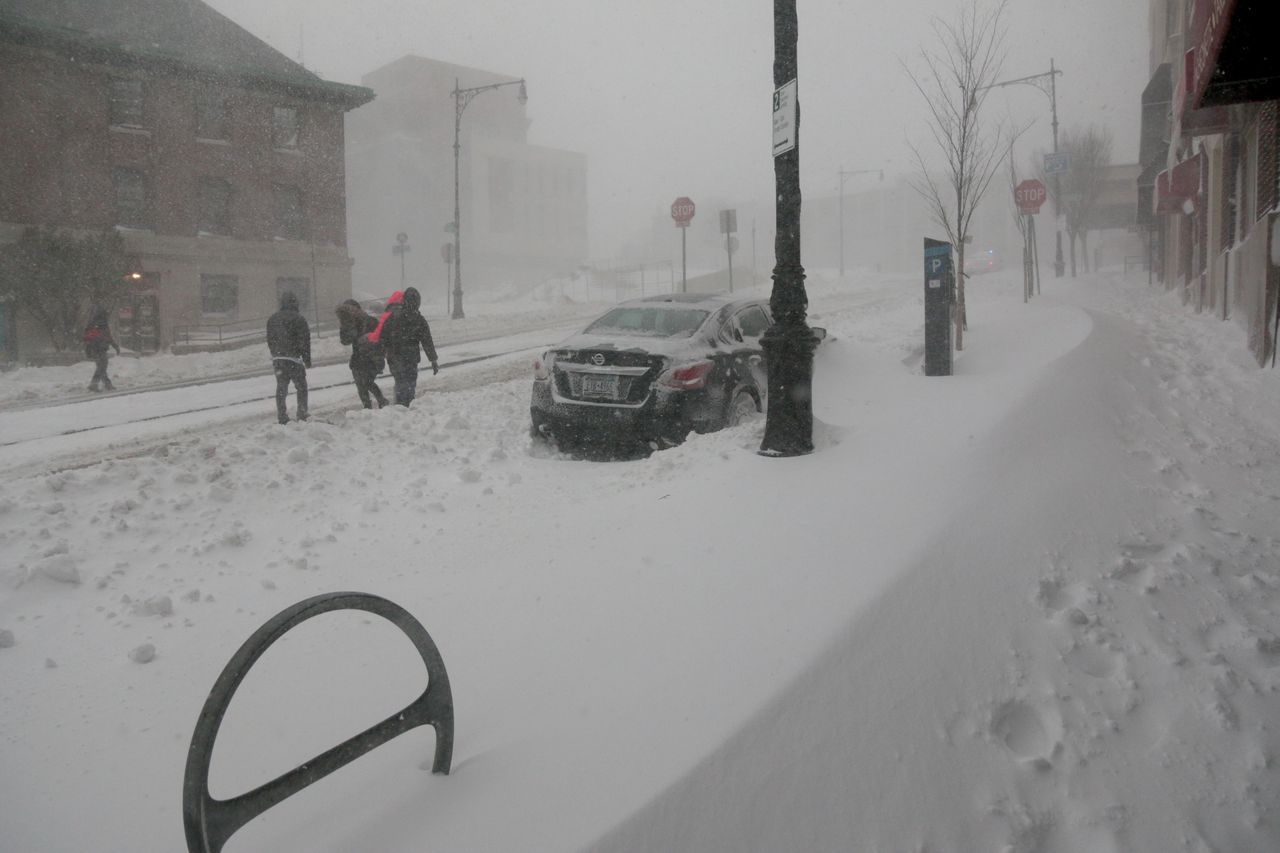 The ongoing drought is setting all-time records, bordering on the longest wait for snow at the National Weather Service’s climate station in Central Park.

With totals not even reaching a meager tenth of an inch by the end of January, here’s a look back at the snowiest winter months in the city’s history.

The second month of 2010 saw the largest accumulation totals in the city’s recorded history, dating back to 1869. A total of 36.9 inches was recorded during the 28-day month.

The following winter was almost as snowy a month, as January 2011 recorded 36 inches of accumulation, just under an inch short of the city’s record, according to the National Weather Service.

In December 1947, 30.2 inches of snow fell, missing the third snowiest month by about half the length of an aspirin pill. It is the last slot on the list to register over 30 inches in a single month.

The winter of 2013-2014 was unrelenting, bringing more than a dozen snow events that accounted for at least an inch of accumulation. February 2014 only added to the snowstorm conditions, contributing 29 inches of snowfall to what was among the snowiest winters on record.

The eighth snowiest month in Manhattan occurred in January 1925, when 27.4 inches fell on Central Park.

A northeast in mid-February 2006 dropped 22 inches of snow, making up most of the month’s 26.9 inch accumulation. The total made it the ninth snowiest month in New York City history.

To round out the top 10 snowiest winters, December 1872 — the same year the Metropolitan Museum of Art opened in Manhattan — experienced 26.8 inches of snow.